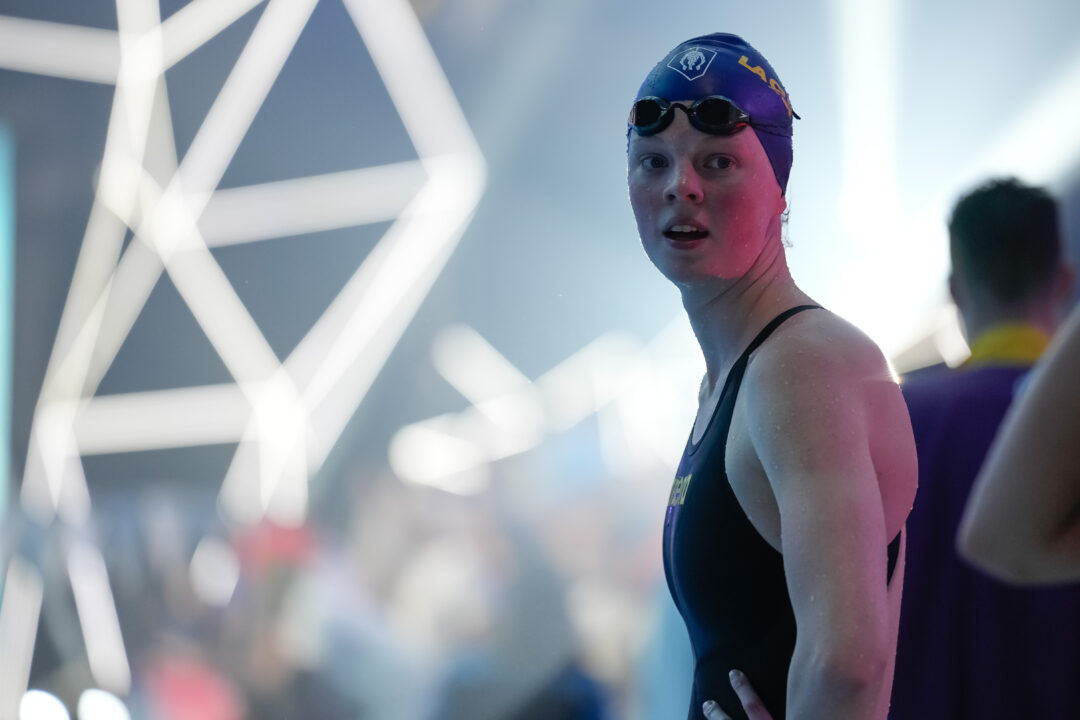 Ingrid Wilm was a true breakout star for the LA Current in Season 3, going from undrafted to free agent to the 11th-highest scorer in the league. Archive photo via Mike Lewis/Ola Vista Photography

The International Swimming League (ISL) has served as a proving ground of sorts for some of the sport’s more unheralded athletes through each of the first three seasons, giving swimmers an opportunity to perform in the spotlight on a consistent basis and emerge as a star.

Names like Siobhan Haughey, Ilya Shymanovich, Emre Sakci and Madeline Banic have seen their stock rise in earlier years, and Season 3 was no different.

From athletes retained by their club in the 2021 ISL draft, to those that were selected and even some that went undrafted and were later picked up in free agency, here are some of the ISL’s biggest breakout stars from Season 3.

Number one with a bullet (though this list isn’t officially numbered) is Ingrid Wilm, who went from relative obscurity to becoming not only one of the league’s top female backstrokers, but one of the ISL’s best swimmers, period.

Then, after hitting a pair of LCM best times at the Canadian Olympic Trials in June, Wilm was picked up by the LA Current for the ISL season.

She immediately asserted herself as one of the league’s best, and went on to win nine individual backstroke events over the course of the season and another two in the backstroke skins.

Wilm closed out the season (including playoffs and final) as the ISL’s 11th-highest scorer overall, scoring 287 points across eight match appearances. That made her LA’s top female point-getter by 50 points, and she was also just a few points shy of Tom Shields (290.25) for the club’s top scorer overall.

Wilm also broke the Canadian Record multiple times in the 100 back, culminating with a time of 55.61 in Match 8 that makes her the ninth-fastest swimmer in history.

21-year-old Barbora Seemanova was an astute pickup by Iron in the rookie round of the ISL draft in the summer, as she went on to be the club’s second-highest scorer over the course of the season.

The Czech native finished with 246.5 points in eight matches, ranking 22nd in the league and second to only Ranomi Kromowidjojo (285.0) on Iron.

Seemanova, who was coming off of winning the women’s 200 free European championship title in the long course pool in May, won that race four times during the season and the 400 free once.

Alberto Razzetti was retained by Toronto in the ISL draft after signing with them previously, but he didn’t compete in the 2020 season, so his emergence in 2021 was truly a breakout.

The Italian went on a tear for the Titans, winning seven times individually (twice in the men’s 200 fly, three times in the 200 IM, and twice in the 400 IM). Razzetti lowered the Italian National Record in all three events in the span of a few weeks in November, with the 200 IM mark coming in the ISL’s third playoff match at 1:52.10 (he broke the other two during SC Euros).

The 22-year-old finished the campaign as the league’s 36th-highest scorer with 203.5 points in seven matches, ranking him second among Toronto swimmers behind only Kylie Masse (255.0).

Formerly a top NCAA swimmer at Grand Canyon University, Mark Nikolaev swam for the DC Trident in Season 2, but really brought his game to a new level in 2021.

Nikolaev, a Russian native, made his mark as one of the top male backstrokers in the league, winning the men’s 50 back twice and the 100 back four times—all coming either in the Play-In Match or the playoffs.

After scoring only 41 points in four matches in 2020 (10.25 points/match), Nikolaev finished with 151.5 points in Season 2 in seven appearances (21.7 points/match). That figure doesn’t tell the whole story, however, as Nikolaev scored 127 of his points in his last four matches (the Play-In Match and three playoff matches), averaging 31.75 points per match.

That made Nikolaev DC’s third-highest male scorer, trailing Andreas Vazaios (170.0) and Aleksandr Shchegolev (169.0). Shchegolev, also a Russian, is another breakout performer from the season, winning the men’s 200 free five times and the 100 free twice.

Abbie Wood was clearly already a top performer for the New York Breakers in Season 2, but was one of the few bright spots for the club in what was a difficult season in 2021.

Despite the fact that the Breakers failed to make the playoffs and only raced in five matches, Wood still finished 32nd in league scoring, second among non-playoff swimmers behind only Tokyo’s Daiya Seto.

Wood scored 212.5 points in five matches, averaging 42.5 points per match. If she had scored at that rate for a club that advanced all the way to the final (and didn’t swim the Play-In Match, meaning they raced eight times), the Brit would’ve ranked seventh in the league overall.

Wood was dominant in winning the women’s 200 IM four times and the 400 IM three times during the season, and added an eighth victory in the 200 breast.

Though she was already one of the league’s top swimmers last season, Wood really levelled up in Season 3, and now it’s a matter of getting her some more help on the Breakers.

If we can get any information about the new draft, the rules, who is in the draft pool, etc. more than a day ahead of the draft, we’ll do our best.

But, historically speaking, it can be a challenge because everything ISL does is thrown together last minute.

Sonny you’ve got a YouTube channel, why don’t you just make a “my top 10 favorite swimmers on the team that paid me to hype them up all season” list of your own.

Go sleep sonny and take care of your vlogs

Adam had a clutch swim at the end…but…based on this data that Braeden just published, he really shouldn’t be anywhere near the top.

There were at least 15 free agent swimmers who scored more points than he did.

So you mean post-draft signees?

That’s easy enough! Will add it to the list.

It would be interesting to see an analysis of best and worst rookie picks, retained swimmers and free agents. SwimSwam did an article about halfway through the regular season about the best and worst rookies but then never really revisited it. I believe they concluded that Kenzo Simons was the least valuable rookie pick though. I can’t see him being retained next season.

next season? bro there is no next season. Adam Peaty is still not paid from season 2, let alone this one.

Most of the stars will quit specially after their scandal favoring the team of the ukrainian oligarch.