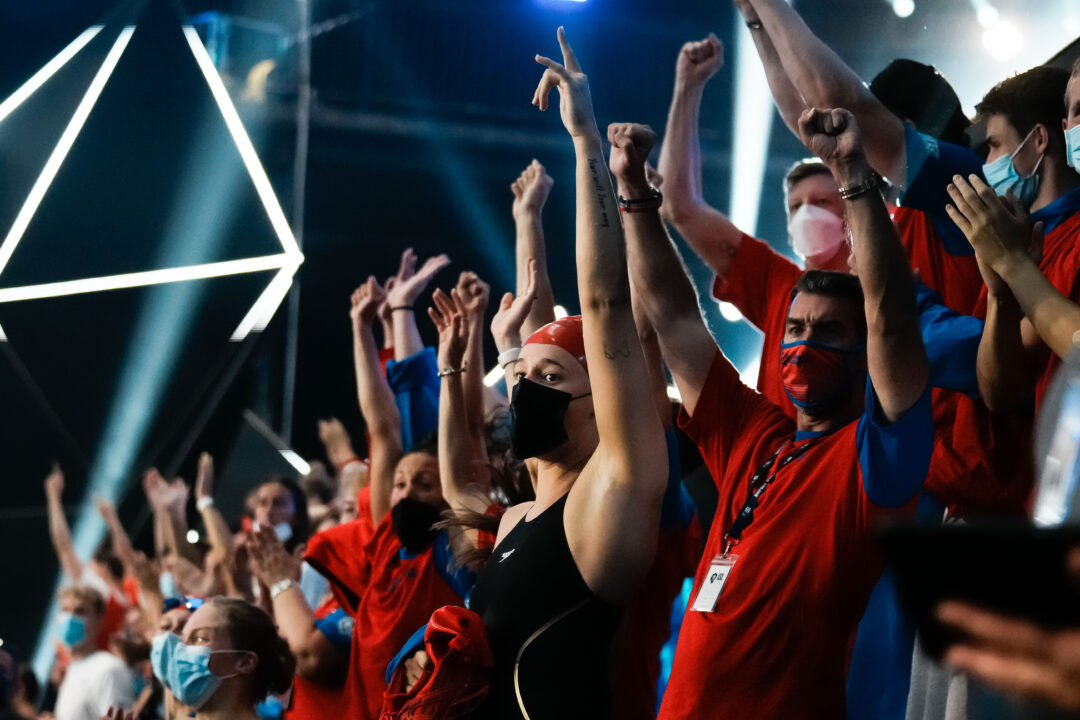 29-year-old Adam Barrett, the British record-holder in the SCM 100 butterfly, is making his ISL debut in season 3, swimming for Energy Standard.

Barrett was a member of the British National Team and one of the best butterflyers in the world in 2016. He still owns the British National Record in the SCM 100 fly (49.21), set in semifinals at 2016 FINA Short Course World Championships in Windsor, Ontario. At the time, he was the sixth-fastest performer in history:

Earlier in 2016, he won the LCM 100 free at the 2016 British Summer Championships in 48.98, becoming only the seventh British swimmer to crack the 49-second barrier in the event. Barrett, who swam for Loughborough University at the time, joined an elite crew that also included Rio Olympians Duncan Scott and Ben Proud.

Barrett was the top butterflyer for Team Great Britain at the 2104 European Championships in Berlin. He won a bronze medal as part of GBR’s 4×100 medley relay. That same year he was on the winning medley relay at 2014 Commonwealth Games. He also won bronze in the 100 fly and 4×100 free relay.

Barrett hasn’t swum at the elite level since 2017. He has competed several times over the last few years with Tilehurst Swimming Club, the club team where he coaches.

Didn’t he swim for Energy in match 1? Great to see him back and ripping though