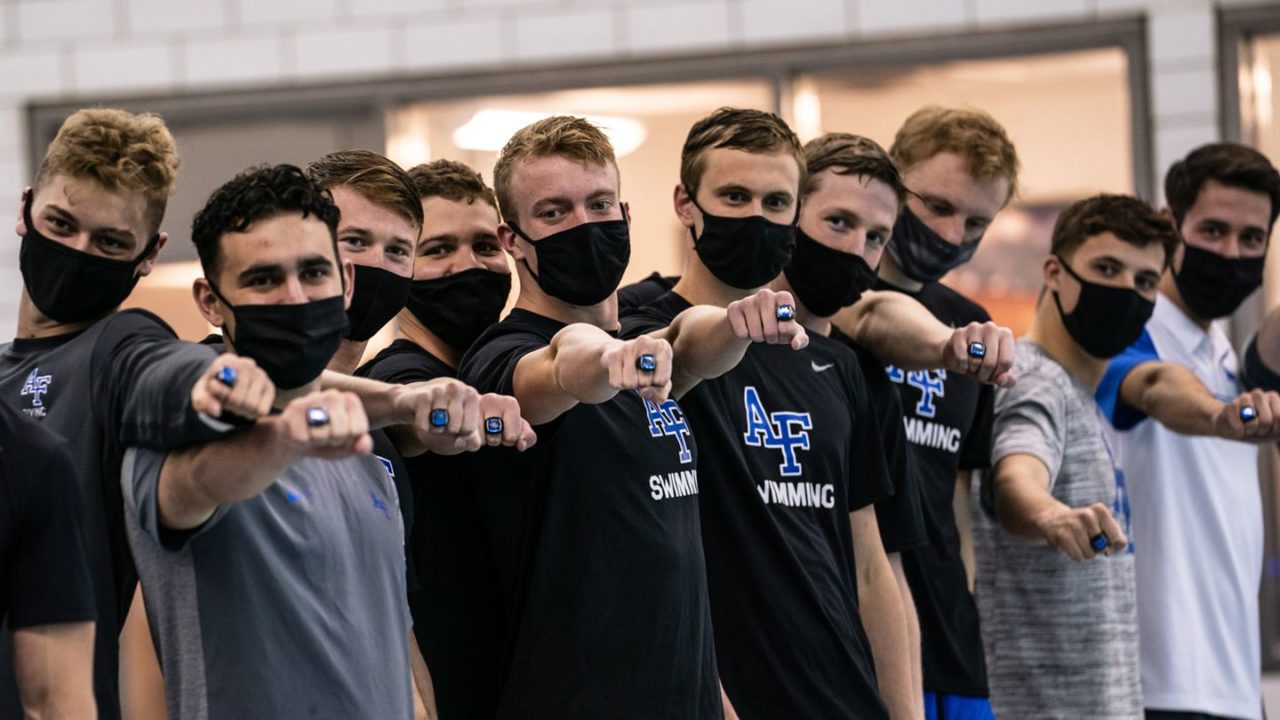 USAFA, Colo.- On Friday, the women’s swimming and diving program at the Air Force Academy released its competition schedule for the upcoming season.

With a pair of exhibition competitions before the start of the regular season, including the annual Blue/Silver Intersquad at USAFA on September 25, the Falcons will begin the 2021-22 campaign in Grand Junction for two days of action at the Intermountain Shootout. The swimmers and divers will have a myriad of unique trips against high-level competition, as Air Force will travel to such campuses as Arkansas-Little Rock, USC, Houston, and Cal Baptist.

The Falcons are prepared to host the Rocky Mountain Invitational the weekend of October 22-23, when Wyoming, LSU, and Denver will compete inside the Cadet Natatorium that Friday and Saturday. Air Force’s 2021-22 home schedule also includes a Saturday matchup with Mountain West rivals New Mexico and Colorado State on January 22.

The entire 2021-22 Air Force women’s swimming and diving schedule can be found here.

USAFA, Colo.- The 2021-22 schedule for Rob Clayton‘s and Stan Curnow‘s group has been released, as the Falcons will officially kickoff the fresh campaign on October 1.

Before then, both sides of the Air Force swimming and diving programs will participate in the annual Blue/Silver Intersquad event, scheduled for September 25 at 9:30 am. The first official regular season event for the men will take place six days later in Grand Junction, CO at the Intermountain Shootout.

The postseason will begin with the WAC Championships in Houston, TX on February 23-26, followed by the NCAA Zone E Qualifiers and the CSCAA Invitational Championships. The Falcons will conclude the 2021-22 schedule in Iowa City, Iowa at th NCAA Championships, scheduled to begin March 23.