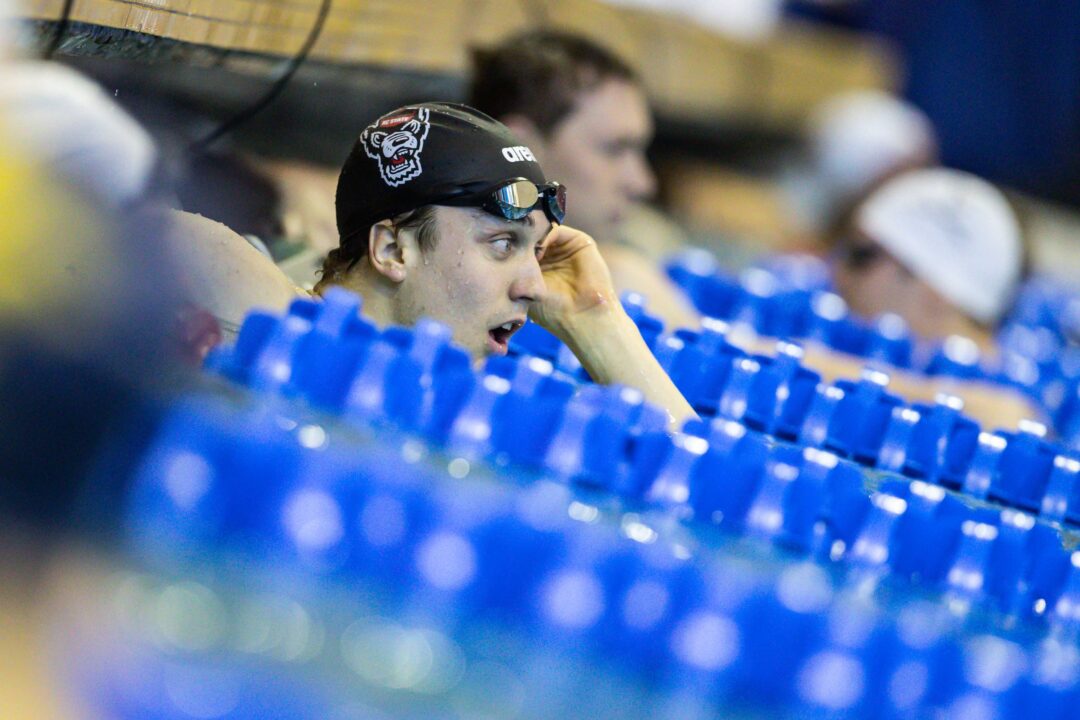 NC State’s Noah Bowers clocked a lifetime best in the 200 fly yesterday, and he was even more impressive today as he rocked a 1:47.58 in the 200 free. That time would just missed the A-final at April’s US International Team Trials. It took a 1:47.37 to make it into the top 8, while the 9th place time in prelims was a 1:47.60. Bowers’ previous best was a 1:49.56 from a time trial at Olympic Trials last summer.

On the short course side, Bowers wasn’t part of the Wolfpack 800 free relay at either ACCs or NCAAs, but that could change if his long course improvement translates to yards.

2nd place on the men’s side went to Bowers’ teammate James Plage. He hit a time of 1:50.42, clocking a new lifetime time for the first time since 2019.

Yet another NC State swimmer, Katharine Berkoff, was the only woman faster than Crush in the 100 back. Berkoff, who represented the USA in the 50 back in Budapest last month, cranked out a 59.52. That time would make the 7th-fastest swimmer in the nation this season, except that she’s already the 4th-fastest by virtue of the 58.61 she swam at the US Trials.

Grace Sheble gave the Wolfpack women their fourth individual victory with a 4:47.35 in the 400 IM. That’s just about a second and a half away from her lifetime best from the 2020 US Open.

SwimMAC’s Baylor Nelson was the lone non-Wolfpack individual event winner of the night. The Texas A&M commit completed the IM sweep with a time of 4:18.41, holding off a late charge from Kenneth Lloyd of Wolfpack Elite (4:18.90). Nelson’s time was less than a second off of his lifetime best of 4:17.58, which he set at April’s US Trials.