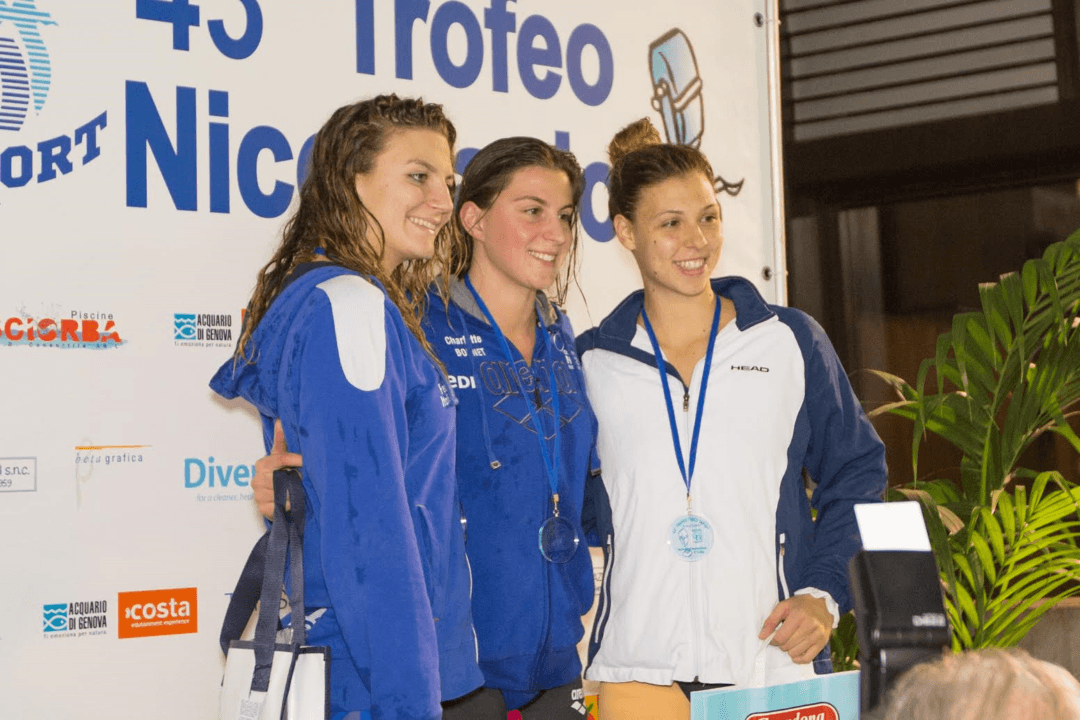 In the women's 200 free, standout freestyler Charlotte Bonnet earned her spot on the French roster for the 2017 FINA World Championships in Budapest. Archive photo via “Rafael/Domeyko Photography”

The 2017 French Elite Long Course Nationals continued tonight in Strasbourg with day 3 finals. Swimmers gathered to compete in the men’s 200 fly, 100 back, and 800 free, while the women competed in the 50 breast, 200 IM, and 200 free. Read on for highlights from today’s finals session.

In the women’s 200 free, standout freestyler Charlotte Bonnet earned her spot on the French roster for the 2017 FINA World Championships in Budapest. Bonnet, an Olympic finalist in this race, dominated the field with her 1:55.80 to finish nearly 2 seconds under the French qualifying standard for Worlds (1:57.74). She’s now the 3rd fastest 200 freestyler in the world this year behind only Sweden’s Michelle Coleman (1:55.64) and Australia’s Emma McKeon (1:55.68).

There were no other qualifiers for the French worlds roster on day 3, but Fantine Lesaffre cut it close in the 200 IM. Lesaffre put together a 2:13.58 to win the event, missing the French qualifying standard of 2:13.01 by about half a second.

On the men’s side, Paul Lemaire and Jordan Coelho put on one of the most exciting races of the session. Lemaire and Coelho raced neck-and-neck in the men’s 200 fly, as they were separated by just hundredths at the halfway mark. Though Coelho was able to take the lead by 3 tenths at the 150-mark, Lemaire turned on the gas down the final stretch, winning the race by a fingernail in 1:58.05 to Coelho’s 1:58.07.