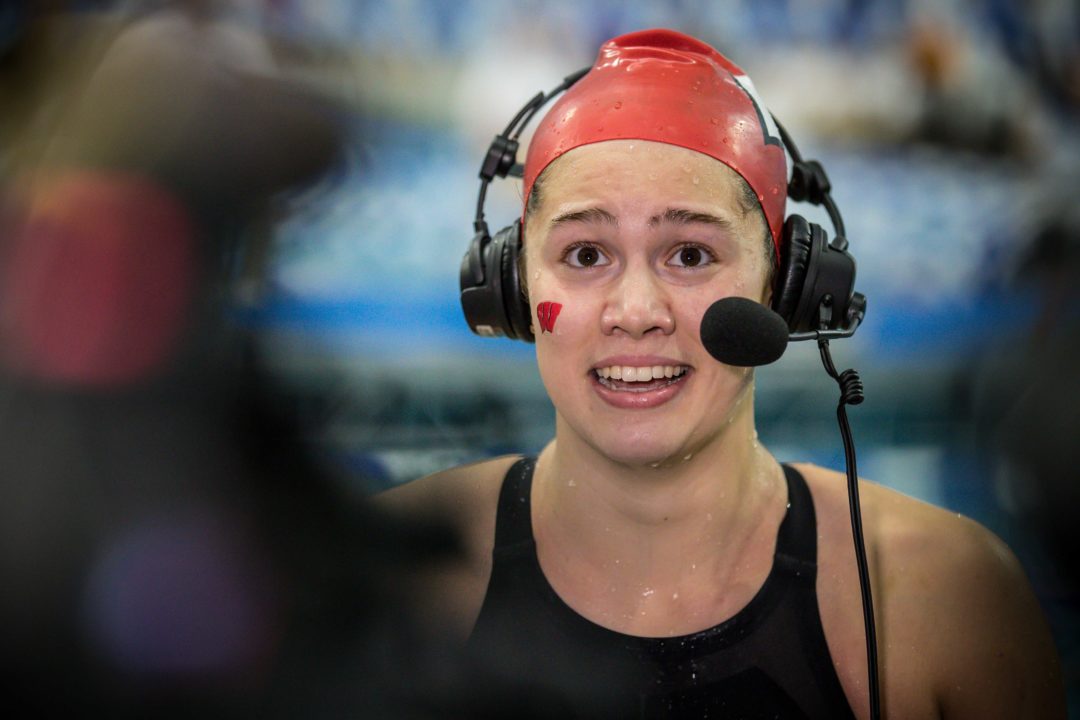 The work she’s done on breaststroke really paid off, as she continued to pull ahead of Stanford’s 2018 champion Ella Eastin through the back half. Current photo via Jack Spitser/Spitser Photography

Wisconsin’s Beata Nelson pulled off the upset with a huge swim, dropping over a seconds from her best to become the 2nd fastest performer ever in this event. Nelson was out quick in 23.94, and used her backstroke speed to move into the lead with a 27.67 split. The work she’s done on breaststroke really paid off, as she continued to pull ahead of Stanford’s 2018 champion Ella Eastin through the back half. Nelson hit the wall in 1:50.79, just a tenth shy of the American Record.

Eastin had outsplit Nelson on the back leg, splitting a 27.07 to outpace her 2018 record split by 4 tenths, but still trailed as she was behind on the fly leg. She wound up 2nd in 1:51.81, holding off Texas A&M’s Sydney Pickrem (1:51.84). Nelson’s swim was the 2nd fastest ever, while Eastin’s swim was the 10th fastest performance in history.

Cal freshman Izzy Ivey was over a second ahead of the rest of the B final field tonight. She broke ahead of the field on the breast split, and continued to build her lead as she closed for a 1:53.87. That was her first swim sub-1:54. She’s now dropped 3 seconds since she officially joined the Bears at midseason.

She speaks really well on camera. I’m impressed in every way.

She’s such a queen