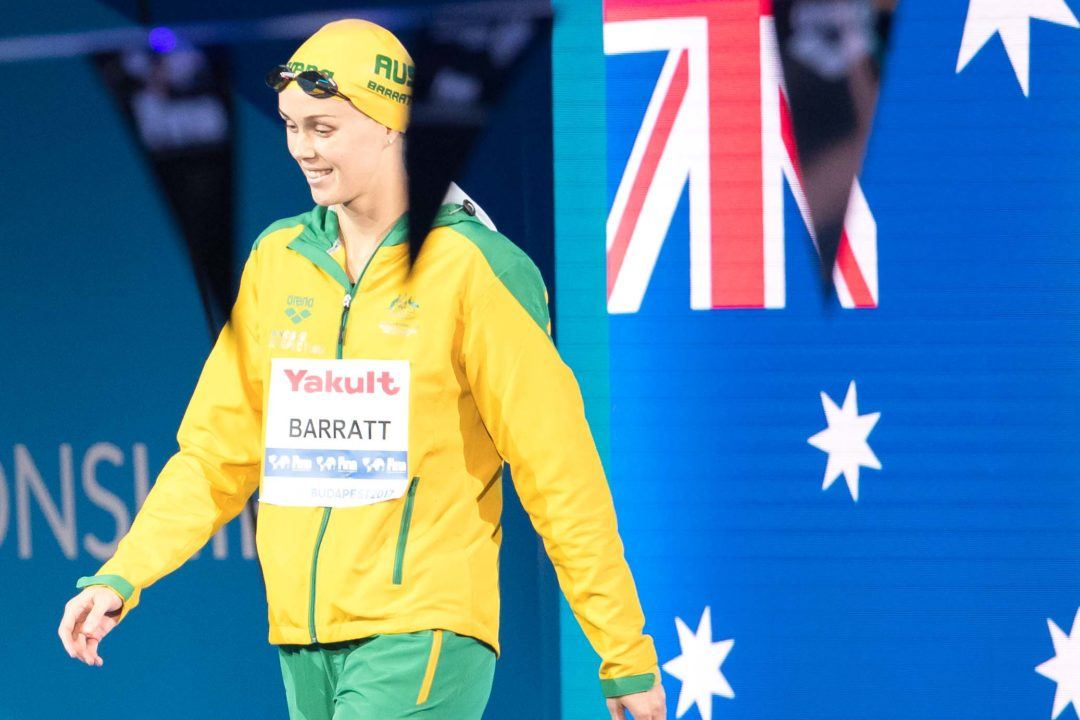 Rockingham racer Holly Barratt closed out her Western Aussie Championships in style, taking the women's 50m back in a time of 29.37. Archive photo via Mike Lewis/Ola Vista Photography

The 2020 Western Australia Swimming Championships wrapped up action at HBF Stadium tonight, but not before more swimmers made their mark on the 3-day affair.

Breakers’ George Harley snagged the men’s 200m breaststroke victory with ease, touching in a winning effort of 2:13.94. The 21-year-old split 1:04.16/1:09.78 to reap the win after having incurred recent injury mishaps.

Sprint ace Holly Barratt beat out swimmers half her age in the women’s 50m back. The Rockingham veteran struck gold in 29.37, with 17-year-old Alyssa Burgess getting it done for silver in 29.78, while 16-year-old Olivia Lefoe rounded out the top 3 in 29.89.

Lefoe had earlier taking the women’s 200m free event with a time of 2:05.39, while Barratt closed her night with a 56.25 free anchor on her squad’s silver medal-garnering women’s 4x100m free relay

The men’s 100m fly saw Jackson Govers take the top prize in 55.21, reaching the top of the podium by 1.5 seconds. Talara-Jade Dixon also found success as the winner of the women’s 50m breast in a mark of 32.59, the only sub-33 second swimmer of the field.

In the men’s 1500m free, Ben Roberts of Breakers snagged the win in a time of 15:30.25, essentially swimming by himself, as the next-closest competitor was 17-year-old Jake Patterson who finished in 16:42.80.