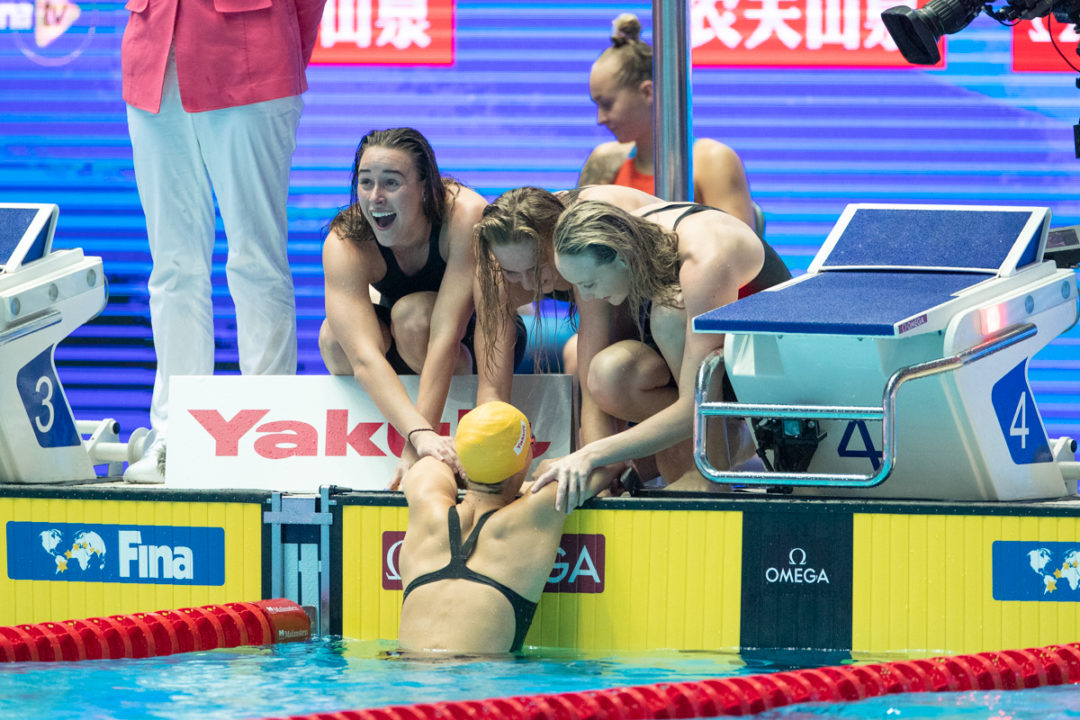 World Record holder Brianna Throssell is among the Aussie elite scheduled to race this weekend at the Western Australia State Championships. Archive photo via “Rafael/Domeyko Photography”

The 2020 Western Australia Swimming Championships are set to kick-off this weekend, with most of the state’s highest-profile athletes ready to rumble at HBF Stadium.

Approximately 230 swimmers representing 29 clubs will be in attendance at the meet, which acts as further preparation for the Australian National Championships taking place in April. That meet itself is secondary to the all-important Olympic Trials slated for mid-June.

This weekend we’re expecting to see Rockingham veteran Holly Barratt get some racing under her belt, with the 32-year-old national record holder entered in the 50m/100m fly, 50m/100m/200m free and 50m/100m backstroke races.

TSS Aquatic athlete Kiah Melverton is also set to race, taking on her bread-and-butter 400m and 800m free events, in addition to the 100m free sprint and 200m breaststroke. Melverton took 400m, 800m and 1500m free silver at the 2019 U.S. Open last December, touching the wall behind icon Katie Ledecky of the United States in each race.

Brianna Throssell, the 200m fly Olympic finalist from 2016 who helped notch a new women’s 4x200m free relay World Record for Australia at last year’s World Championships, will also be in attendance. Further expanding her freestyle repertoire, the 23-year-old UWA swimmer will be taking on the 100m/200m/400m free in addition to the 100m and 200m fly races at HBF.

On the men’s end of things for these WA States, Zac Incerti, Joshua Edwards-Smith and Olympian Grant Irvine lead the way.

16-year-old Edwards-Smith has been making major waves in the men’s junior backstroke events within Australia, recently lowering his own 200m back age group record down to 1:57.78.

Title is a bit deceiving given Melverton is a Queenslander. Should make it clear Western Aussies means WA state champs.

Anyone following womens mid / distance will just see Kiah is chasing official meets to get some racing in . Maybe she realised her & her TSS squad had too much mileage not enough racing in . Now she is changing this .

Anyone know if there’s a live result link for this meet?