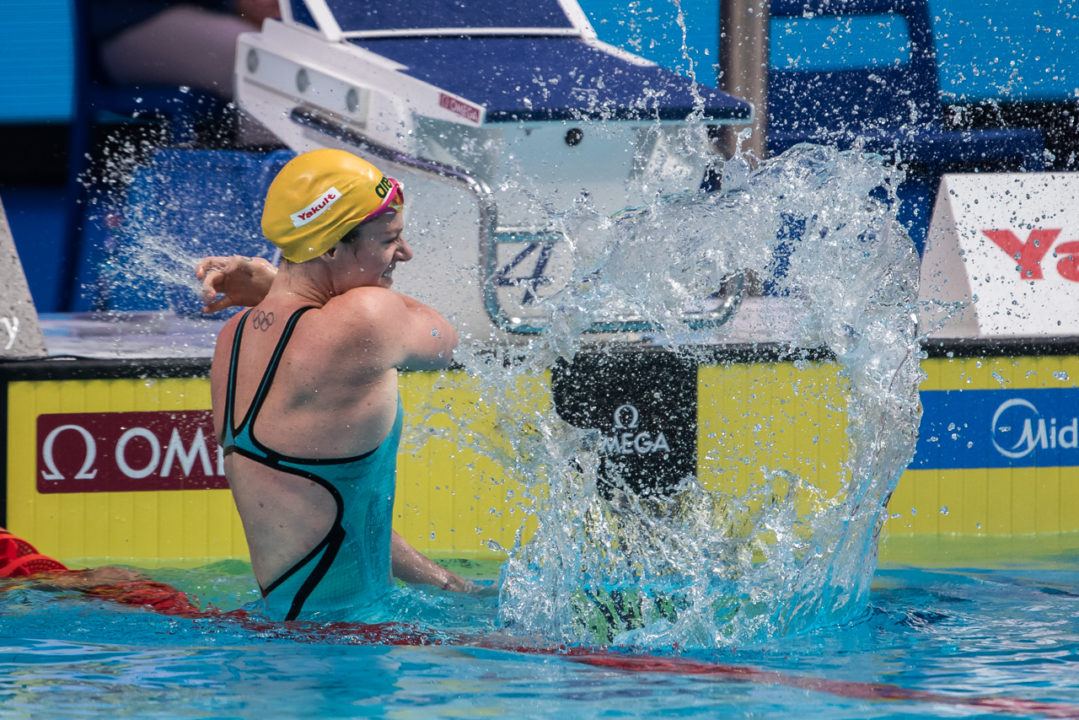 The definition of perseverance, Aussie Emily Seebohm has been nominated for Australia's prestigious 'Don Award'. Archive photo via Peter Sukenik/www.petersukenik.com

World Championship gold medalist Emily Seebohm of Australia has been today been nominated for one of the most prestigious sporting awards, ‘The Don Award’, presented by the Sport Australia Hall of Fame.

The Award, is widely regarded as Australia’s leading contemporary sporting award and is named in honour of Australian sporting Legend and first Sport Australia Hall of Fame Inductee, Sir Donald Bradman. The award is for the Australian athlete or Team who, by their achievements and example over the last 12 months, are considered to have had the capacity to most inspire the nation.

Backstroking ace Seebohm is a three-time Olympian and has been a member of the Australian Dolphins national team for 11 years. A 6-time World Championship competitor, Seebohm delivered a gutsy gold at the most recent edition in Budapest, giving her nation its only individual gold on the meet.

Winning the 200m back in Budapest in a time of 2:05.81, Seebohm established a new Australian and Commonwealth record time. The 25-year-old also collected an individual bronze in the 100m backstroke, while contributing to her nation’s 4x100m medley relay bronze and 4x100m freestyle relay silver performances.

Swimming Australia CEO Mark Anderson said Seebohm was well-deserving of this nomination. “We are privileged to have an athlete like Emily as part of our team. Her performance at the 2017 World Championships was inspiring. To bounce back after a tough 2016, battling illness and to return to the top of her game and defend her World Championship title under immense pressure was a tremendous performance. This nomination is an honour for both Emily and the sport of swimming,” Anderson said.

This year marks the second time Seebohm has been nominated for the Don Award, with her previous acknowledgement coming in 2015 following her double World Championship title performance in Kazan. Other swimmers having won the award include Ian Thorpe in 1999, Petria Thomas in 2004 and Grant Hackett in 2005. Young Olympic champion Kyle Chalmers was nominated last year after winning 100m freestyle gold in Rio.

The presentation of the award will occur at the Sport Australia Hall of Fame Induction and Awards Gala Dinner on Thursday, October 12th at the Palladium at Crown in Melbourne.

I think money would be better .