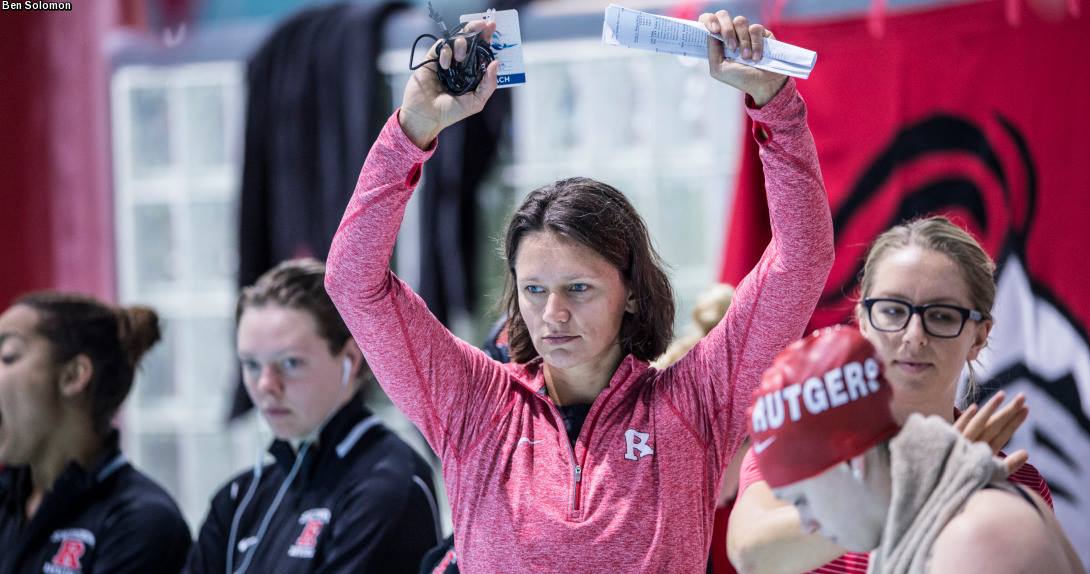 The Arkansas women’s swimming & diving team has announced the hiring of Petra Martin as the program’s new assistant  coach. Martin replaces Anthony Harris, who spent 3 seasons with the program.

This is Martin’s first full-time collegiate coaching job since she ‘resigned’ as the head coach at Rutgers University in November of 2017, mid-season, after 2 full seasons on the job. The original statement from the school was that the two sides ‘mutually agreed that it was in the best interest of the program for the coach to resign,’ with the school noting that it had investigated complaints regarding Martin that ‘did not reveal any violation of university policy.’

After the termination, Martin said that her ousting from the program had to do with implicit gender bias, and that the school hadn’t followed traditional protocols or properly investigated complaints against her before asking for her resignation. She received a $725,000 settlement from Rutgers. That settlement also required athletics director Patrick Hobbs to write Martin a letter of recommendation for future employment, and the university made a public statement that any complaints of abuse by Martin were found to be “unsubstantiated.”

During Martin’s tenure, Rutgers produced 8 NCAA qualifiers and improved from 11th place at the Big Ten Championships the year before she arrived (2015) up to 10th in 2016 and 9th in 2017.

She also worked last season as a volunteer assistant with the Princeton men as they finished 2nd at the Ivy League Championships.

As an athlete, Martin was an All-ACC performer and a relay Honorable Mention All-American at Maryland before that program was cut. She swam internationally for the Czech Republic and in the year 2000 was ranked in the top 25 in the world in the 50 free and 50 fly.

“I have known Petra for 20 years as a student-athlete, assistant coach and two-time head coach,” Arkansas head coach Neil Harper said. “She has used her international experience and national coaching connections to recruit and coach swimmers to the highest levels in our sport. Our program really has great momentum and a team chemistry and culture second to none. I am excited to have a coach like Petra with her vast experience and success help continue to take our program to the next level. I look forward to her eventually meeting our team and help us continue to build our program with future Razorback swimmers and divers who realize the nationally ranked academic programs, first-class facilities and opportunities on our beautiful campus.”

Martin will be joining the program as they bring in the deepest class to date of the Neil Harper era in the fall of 2020. Capitalizing on the success that the program had with Anna Hopkin, who graduated last season as one of the fastest sprinters in NCAA history, the team will bring in Katherine Bush, Anna Ervin, Bradi Jones, Emily Barclay, Lizzy Linartas, and Macy Lawrence. Barclay, a World University Games medalist for the UK in the 50 free, is the headliner of the class, though she’ll only have 2 years of eligibility for the Razorbacks (similarly to Hopkin).

Petra Martin is a class act. She has excelled wherever she has coached and positively influenced many people along her journey. Recently, she helped the Princeton Men’s swim program refocus our efforts to become an NCAA Top 10 program. While it may take some time to achieve this goal, we will owe many thanks to Petra and her family for being so generous with their energy, love, support and expertise. Thank you for being a Tiger, Petra! We wish you the best in Arkansas and can’t wait to see you help Neil coach the Razorbacks to exciting performances.

What an incredible get for Arkansas! I had the privilege to swim for Petra during my college career. She is an incredible coach, technician, and person. I learned more about my swimming under her guidance than from anyone else. So happy to see her getting back in the college realm where she belongs!