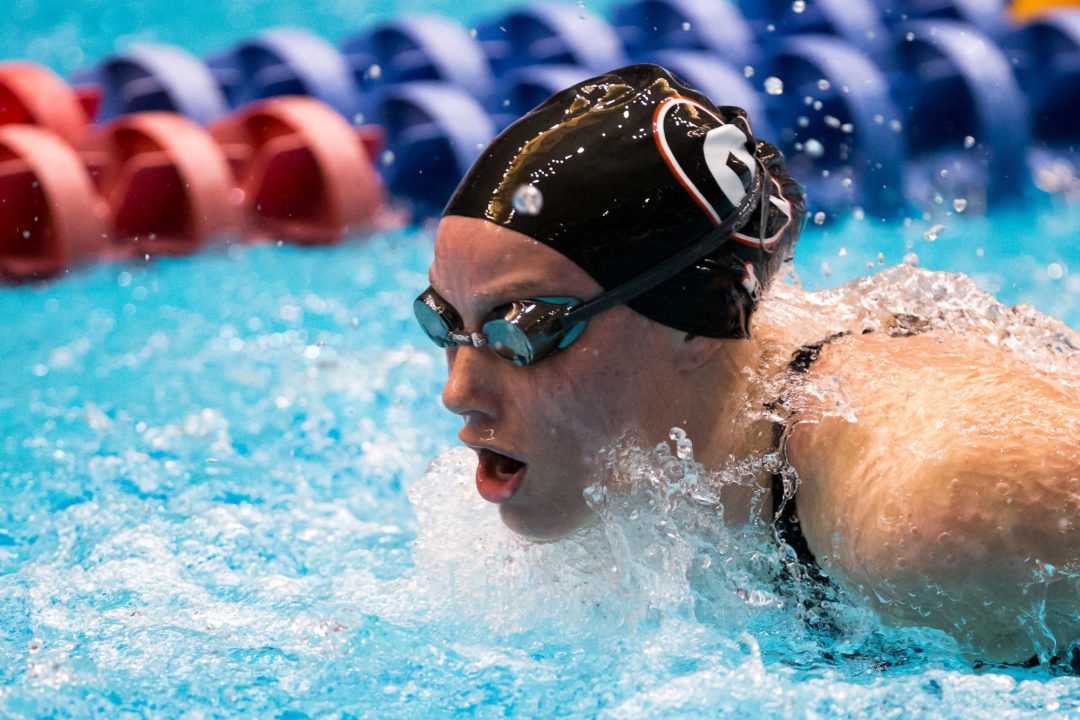 Swimming at Schroeder YMCA’s Summer Sprint this week, 15-year-old Lilly Zippel broke through with a two-and-a-half-second drop in her 100 breast.

This week, we track down age group breakthroughs from national teamers including Olivia Smoliga, a national high school record-setter in 2012.

Hali Flickinger (YY – AZ), 15: 200-yard butterfly, 1:58.98 – Arizona age grouper Hali Flickinger had a breakthrough in the 200 fly in the year 2009, dropping from 2:09.4 to 2:00.5 over the course of that calendar year. But that’s not our highlighted swim. Flickinger’s breakout coincided with the final year of eligibility for rubberized body suits, with times exploding across the world. Our highlighted swim is Flickinger’s ‘prove-it’ swim from April of 2010, when Flickinger showed that her rapid rise would continue, with or without the full-body racing suits. At 2010 YMCA Nationals in April, Flickinger crushed a 1:58.98 as a 15-year-old in the 200 fly. That time would still remain near the top 100 in age group history, though Flickinger bettered that time as a 16-year-old and remains #43 in age group history.

Ian Finnerty (ACST – IN), 16: 100-yard breaststroke, 56.43 – Over the course of just four months, Ian Finnerty went from a triple-A time to a Winter Juniors cut in the 100 breaststroke with an amazing five seconds of time drops. Finnerty had logged breaststroke swims here and there in the younger age groups, but had never been faster than 1:09 when he busted a 1:01.4 in October of 2012. Then, within four months, Finnerty exploded during Indiana’s high school season, dropping to 59.3 at Sectionals and again to 56.43 at Indiana’s state meet. He would go on to go 54 the following year and 53 as a senior before eventually becoming the first man under 50 seconds during his college career with Indiana University.