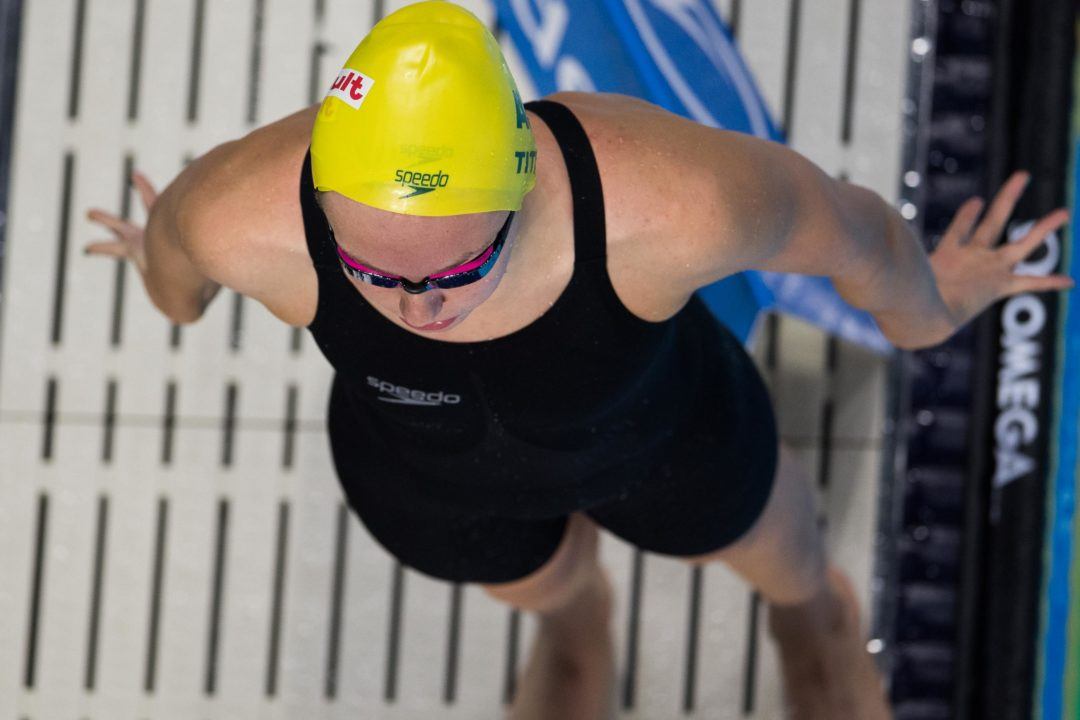 16-year old Australian swimmer Ariarne Titmus has broken the National Age Record in prelims of the women’s 400m freestyle. For the “Terminator” as she’s known on the Australian team, this is her first international team.

“I knew I would have to treat this like a final to make the final, and I wasn’t really expecting to go that fast so hopefully tonight with a bit of adrenalin and a bit more nerves I’ll be able to go a bit quicker,” Titmus said after the race. “(Racing Katie Ledecky is) not that bad, it’s quite cool actually, it’s good to have her next to me in the race to see how I’m going, but she’s just another swimmer like me.”

Titmus now vaults all the way up to 4th on the all-time Australian any-age rankings.

Titmus is the 3rd seed heading into Sunday’s final behind Americans Leah Smith and Katie Ledecky.