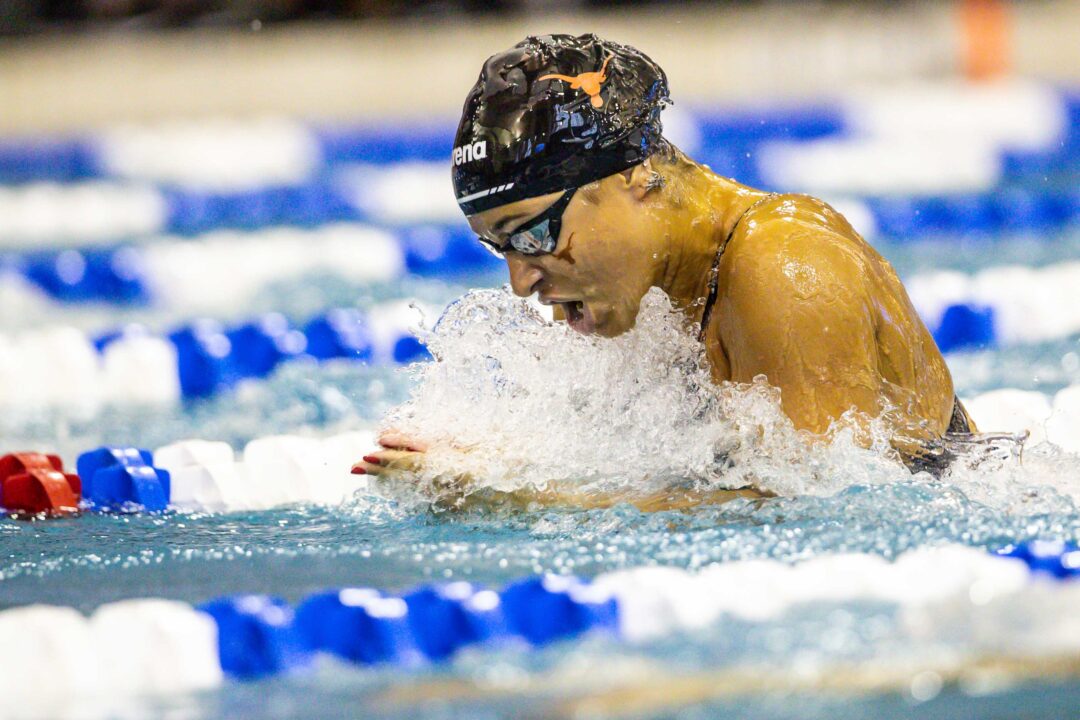 That swim broke Jessica Steiger’s 2017 record of 2:25.00 in the event. Steiger swam her time at the German Championships that year.

While the two swam their races with a very similar pacing (including identical first 50s), Elendt was just a touch faster in the 2nd and 4th 50s.

Among all of the German long course records, which includes a very impressive list of names, this one was probably the softest on the books. While Elendt was 2nd in the 200 breaststroke at the NCAA Championships (as compared to 5th in the 100), in long course the 100 is the better of her two events.

She’s really going to be a threat this year for a medal at worlds.

I love watching her swim.