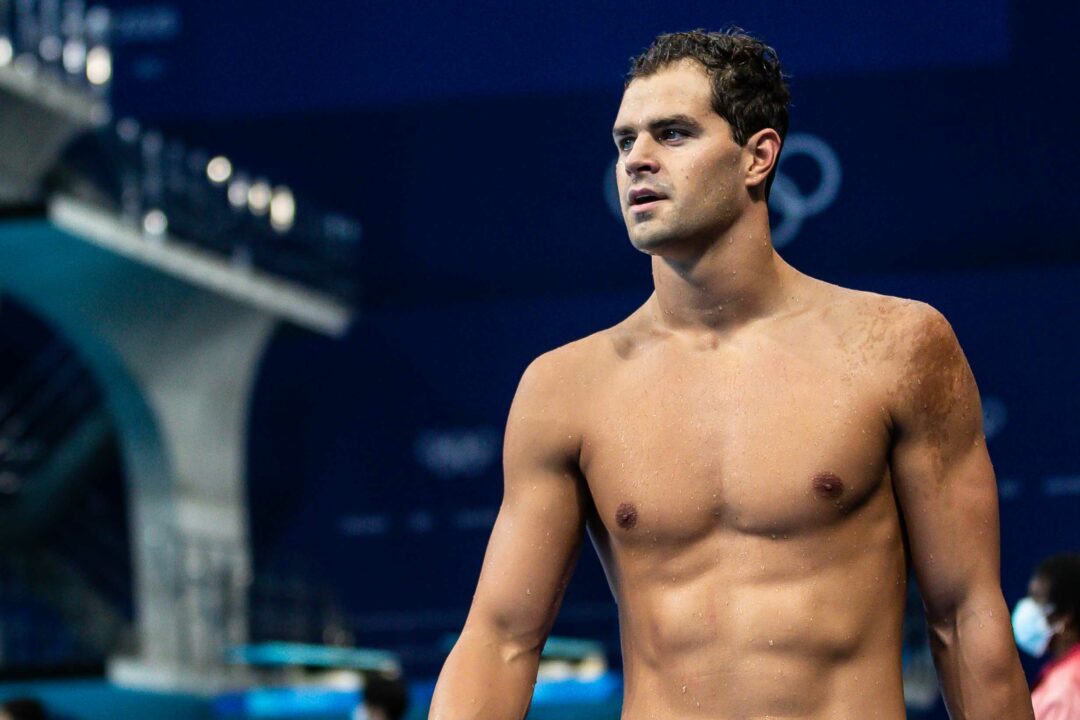 At the Pro Swim in San Antonio, we caught up with Olympic champion Michael Andrew, who has all but nailed down his event lineup for the World Champ Trials Current photo via Jack Spitser/Spitser Photography

Casas’s win was his third victory of the 2022 TYR Pro Swim series in San Antonio, as he previously won the 100 back and the 100 fly as well.

At the Pro Swim in San Antonio, we caught up with Olympic champion Michael Andrew, who has all but nailed down his event lineup for the World Champ Trials at the end of the month in Greensboro. Andrew said he will definitely be swimming the 100 breast, 100 fly, and 50 free/fly/breast. He said he’s entered in the 200 IM, but seemed a little uncertain about that one, noting that it’s his focus long-term, but not necessarily for this upcoming world champs.

Spicy. 100 breast seems pretty much a lock but i think the other two people can challenge him.

Slightly off topic but 100 fly seems to be a choice for guys to slide into these days.

Chalmers keeps posting butterfly related things on Instagram. He’s not usually one to make a big deal out of something if it’s not going to happen, so I have to assume he’s throwing down some solid 100 fly times?

I know he won’t be at Worlds but it will be interesting to see if he can make a mark by giving an impressive 100 fly at Comm Games.

Chalmers already said he was considering adding the 100 fly in early 2020 after he dropped a 51.3 in season but then the shoulder injury ruined everything. It makes more sense for him to swim 100 fly than 200 free which comes before 100 free in the schedule at Worlds and Olympics but at Comm Games there’s a terrible triple with 100 free final, 100 fly semis and 4×200 free final.

I knew he had talked about adding it a while ago, but the fact that he’s made two posts about being a butterflier in the last 5 days surely means something? He doesn’t seem like he would be making a big deal out of it unless he was confident he could be at the top.

I’m excited to see what he can do targetting it properly but he’s got a long way to go to contend for gold. That triple at Comm Games is nasty, surely he’ll drop the 4×200.

I would think there will be a fair few guys doing the 100 free final and 4×200 double as well.

Also why did I think that Comm Games didn’t have semis? Maybe I imagined it.

No semis for the 200s. Should be the same at Worlds and Olympics.

Don’t deny us the chance to watch those little alligator arms in the freestyle leg of the 200 IM…..

i mean, he just gave us like a 30.6 free split and it looked as bad as ever so we should be content i think

Honestly if he could fix the issue he has with his breathing technique in his freestyle he could dominate the 200IM, maybe even challenge Lochtes WR. He could also probably have a good enough 100 freestyle to at least contribute to the USAs 4×100 as well.

It doesn’t seem like that hard a fix but for whatever reason it doesn’t appear like any effort has been taken to fix the bad habit. The entire Andrew family just seems to be incredibly stubborn.

All that training, for a drop of blood?

…. I hope they remember him

I think MA is super smart and trying to figure out a path to an individual gold medal. The answer is right in front of him…..just figure out a way to close out that last 50. Its still his best shot he surely has a 1:54 in him if he puts it together. What would happen if he went and trained for the 200 free in Texas and then converted that training over to his IM race?

He’s last a week in Texas.

Has he ever been in a team training environment?

Does the warmup pool at a pro series meet count?

I hope he surprises himself with the 200IM as an off event of sorts.

But that being said I have come to conclusion that MA lacks the courage to be a champion.

Not a fan of MA but he’s literally a 6 time national champion and an American record holder.