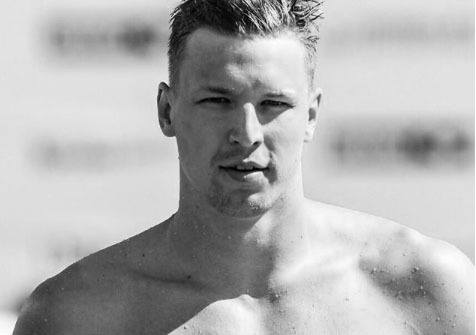 Ukrainian swimmer Andriy Govorov is the owner of one of 7 new World Records broken so far in 2018, and this week, is competing at the 2018 FINA World Cup Series stop in Doha, Qatar. In what has turned out to be a very-small field, Govorov and American swimmer Michael Andrew, who always show up, did an interview together where, among other things, Govorov discussed his World Record and ‘what was it like’ to break a World Record.

Govorov, who says he doesn’t actually train that much butterfly, explained his 4 stages of preparation:

Govorov also shares that his first sport was hockey, largely because his dad was a hockey player, and that it was where he focused most of his energy as a kid in Russia; that if he weren’t a swimmer, he’d be an engineer; that he speaks 4 languages; and the ‘why’ behind his training and competing.

Great interview. What a good guy and outlook. I am a Govorov fan now. Thanks MA.

17
-1
Reply
Caeleb Dressel Will Get 9 Golds in Tokyo

Can’t seem to get through the 3rd stage 😛

Awesome. I love seeing a personal side to the international swimming stars. Even during the Olympics, NBC would rather focus on the American who is getting 7th Place, rather than some of these amazing swimmers from other places/cultures in the world.

MA is doing very cool swimmer interviews with his unique position and persepective (pro swimmer, own vblog, etc.) and his quick wits. MA has come a long way in terms of how he present himself and showing a youthful confident that is very likable.

Govorov secret to breaking the WR is mental? So you’re telling me he didn’t train butterfly, didn’t know the kicks, the strokes, the exact tempo, everything in his head to get 22.22? lol you can see how fake this is.

I would argue that the difference between breaking 23 seconds and breaking the WR is almost all mental, with regards to training, preparation, and focus.

He’s a very nice guy. Often holds live QA sessions on his Instagram and doesn’t skip even the dumbest imaginable questions 😀 Also his English is pretty good. I’m from Ukraine too and I can tell you that most people in professional sports here have really poor English. Lots of coaches can’t even read a new book unless it’s in Ukrainian or Russian (such a shame). Govorov is an intelligent athlete unlike most.

How about your Ukrainian? I’m pretty sure it isn’t good. Why Ukrainian athletes should be fluent in English but not in Mandarin or Spenish or German, whatever? How many American swimmers do you know who are fluent in more than one language? Shame on you for shaming people who most likely were lack of opportunity to learn other languages.

1) “spenish” lmao
2) he said he’s from the ukraine, pretty sure his ukrainian is kinda very good
3) leave the trolling to those you can do it in an entertaining way

Loved this – Great job by Michael – such great swimmers enjoying moments together with pure respect . That is what makes swimming passionate and exciting to follow .