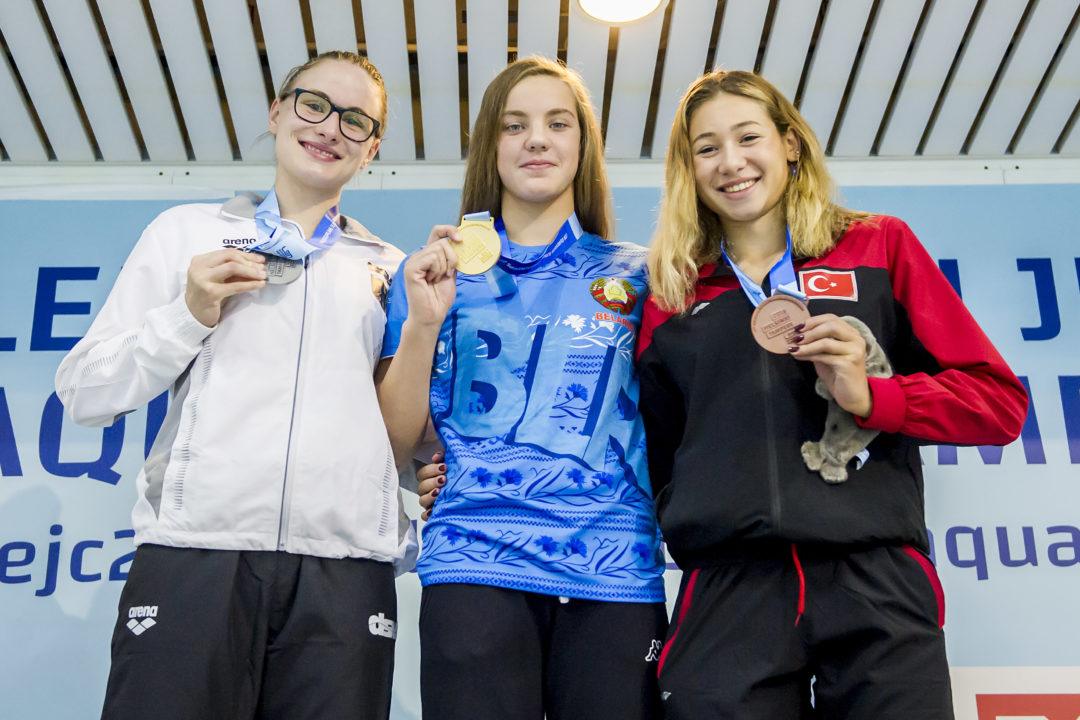 Belarusian Anastasiya Shkurdai broke the European Junior Championship Record in the women's 100 fly semi-finals in a time of 58.20. Current photo via Andrea Masini/Deepbluemedia/Insidefoto

Belarusian Anastasiya Shkurdai broke a 10-year-old Championship Record competing in the women’s 100 fly semi-finals at the Euro Juniors in Kazan, putting up a time of 58.20.

Shkurdai’s swim took down the previous record by over half a second, as German Lena Kalla had set the mark of 58.76 back at the 2009 Championships.

Shkurdai is now in the driver seat heading into the final, leading the field out of the semis by over a second, where she’ll look to repeat the title she won last year. At the 2018 Championships in Helsinki, the now 16-year-old tied with Great Britain’s Emily Large for the gold in a time of 59.37.

Aleksandra Sabitova of Russia was the only other swimmer to break a minute in the semis, clocking 59.21.

She also comes in as the defending champion in the 50 fly, which will go off on Sunday morning. She is the top seed at 25.87, a time well under the existing meet record of 26.33 and just .03 off of Aliaksandra Herasimenia‘s Belarusian Record of 25.84.