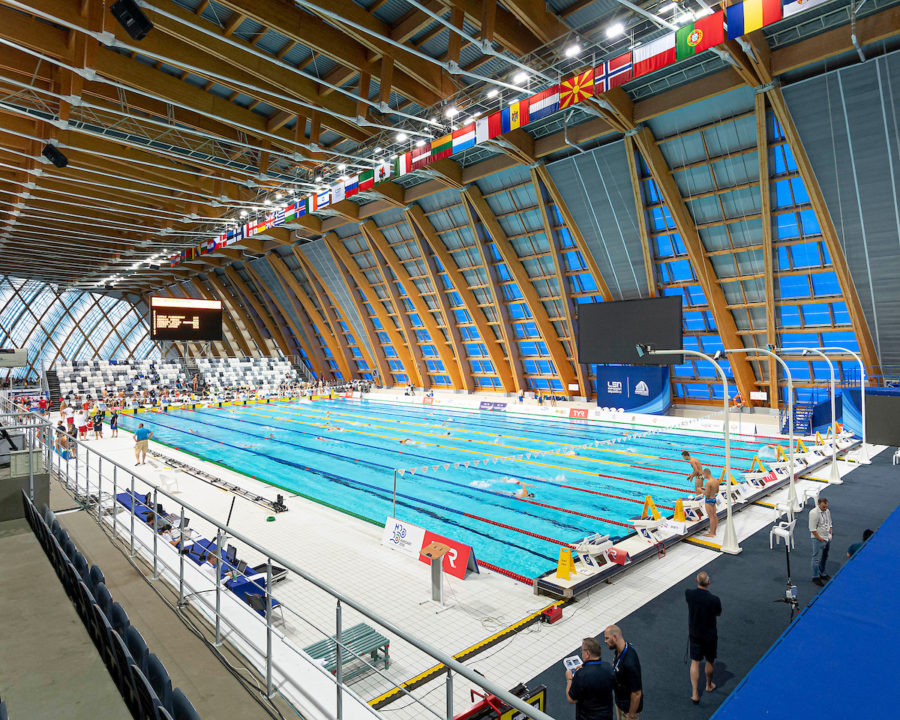 Rafaela Azevedo broke the Portuguese National Record in the women's 50 back twice on Friday at the European Junior Championships in Kazan. Archive photo via G.Scala/Deepbluemedia/Insidefoto

Rafaela Azevedo took down her own Portuguese National Record twice in the women’s 50 backstroke on Friday, doing so in both the prelims and semis at the 2019 European Junior Championships in Kazan, Russia.

In the heats Acevedo tied for the fourth fastest time in the field at 28.79, breaking her mark of 29.02 from the Portuguese National Championships in April.

In the final, which was contested later on in the session, Acevedo placed sixth in a time of 28.69. Russian Daria Vaskina was the victor in a time of 27.82, breaking her meet record from last year of 27.90.

Acevedo is also Portugal’s National Record holder in the 100 back, where she has been 1:01.97 (also at their National Championships in April). That event will kick off Saturday morning, where she enters seeded in a tie for sixth.