Amy Bilquist Moving Back To Arizona To Train For 2020 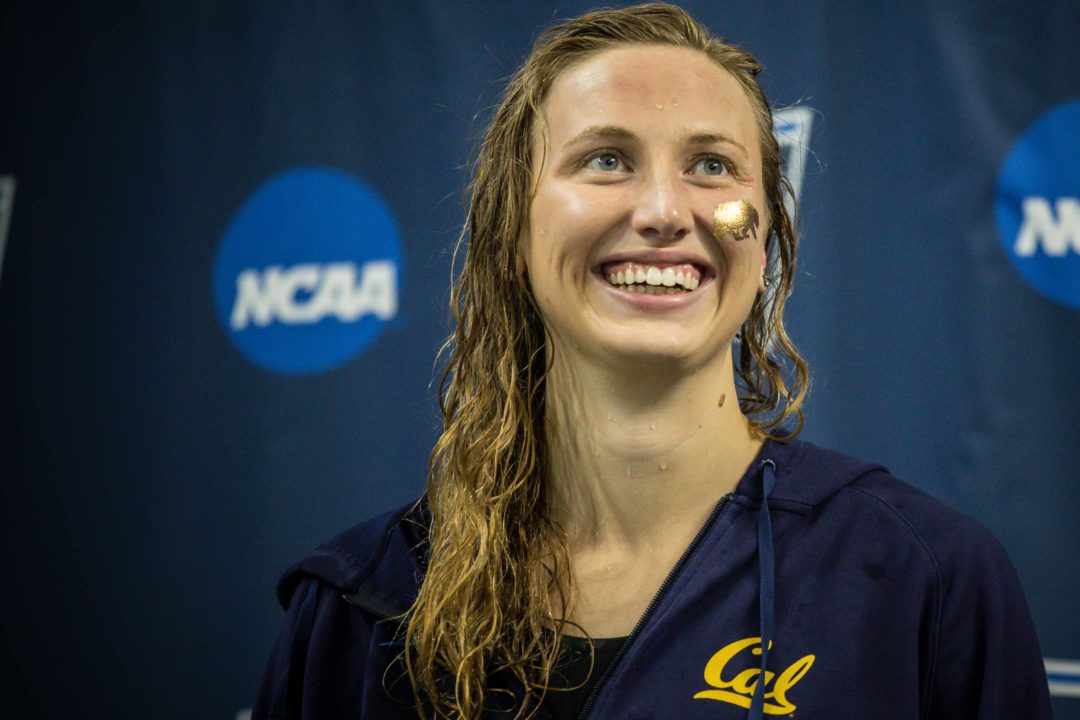 Bilquist swam at Scottsdale Aquatic Club during her age group years, then moved to Indiana during high school, where she swam for Carmel Swim Club. Stock photo via Jack Spitser/Spitser Photography

Cal star Amy Bilquist announced she will be moving back to Arizona to train for the 2020 Olympics following her graduation from Cal. She will be training at Scottsdale Aquatic Club under coaches Kevin Zacher and Rob Platt. Bilquist swam at Scottsdale Aquatic Club for a brief period as a teenager, then moved to Indiana during high school, where she swam for Carmel Swim Club.

Amy provided this statement about her decision to SwimSwam:

“I’ll be training at Scottsdale Aquatic Club under Kevin Zacher and Bob Platt. I’m excited to work with both of these amazing coaches and people again as I continue my pursuit of the 2020 Olympics. Leaving Cal was not an easy decision for me. I have nothing but great things to say about Teri McKeever and my time at Cal. My teammates at Cal have been some of the most amazing and some of the strongest women I have ever met.

Teri has given me the wonderful opportunity to swim and study at such an amazing university, and I could never thank her enough for that. I will forever be grateful for all the things Teri has taught me both inside and outside the pool. The past four years have been nothing short of a blessing and I’ll forever be a Golden Bear!

Having said that, I’m very excited to open this new chapter of my swimming career in the state where I first learned to swim, and be able to live with my sister, Berit, one last time.”

The backstroke and freestyle are very competitive right now for the USA women.

Smoliga, Baker, and Regan Smith are well ahead of her in the backstroke.

She’ll probably be a finalist at the Olympic Trials. Maybe her best chance for the Olympics will be on the free relays.

Spencer,
The last sentence of your initial paragraph gives a potentially misleading recitation of some significant facts. “Bilquist swam at Scottsdale Aquatic Club during her age group years, then moved to Indiana during high school, where she swam for Carmel Swim Club.”
******************************************
In fact Bilquist’s first entry in the SWMS database was at age 5 when representing Westside Silverfins, a club on the far west side of Phoenix. Her last entries for Silverfins were from summer 2012, including the Olympic Trials, just before turning 15. Her first database entry for Scottsdale was on 2-28-13. Between those dates are UN times from her Sophomore high school season in Arizona. SWMS information does not reveal at what point… Read more »

Sounds like she made best decision for her. Hopefully it pays off. Who will she be able to train with at SAC? Weitzel would make great training partner for next year headed into 2020…. Especially since it seems like it paid off for 2019 NCAA. Best of Luck.

Weitzel would most likely go back to Coley or down to SD with Marsh which I hoped Amy did as well.

Teri McKeever’s swimmers always speak very highly of her, but it seems that they seldom choose to train with her after college.

I’m sure cost of living factors into that. Bilquist isn’t exactly a household name.

…and Coughlin for close to a decade

Back in SAC
I hit the sack
I’ve been too long I’m glad to be back
Yes, I’m let loose
From the noose
That’s kept me hanging about.

Wishing you the very best Amy. You are a true Golden Bear. You are already doing great work for Fitter Faster and the world is an open book for you. You are a gifted speaker full of dynamic qualities. Go for the Gold!

The commute to SAC is very easy from Tempe, Mesa, Phoenix or even Chandler. Good luck AMY coach ryan would be so proud of you….