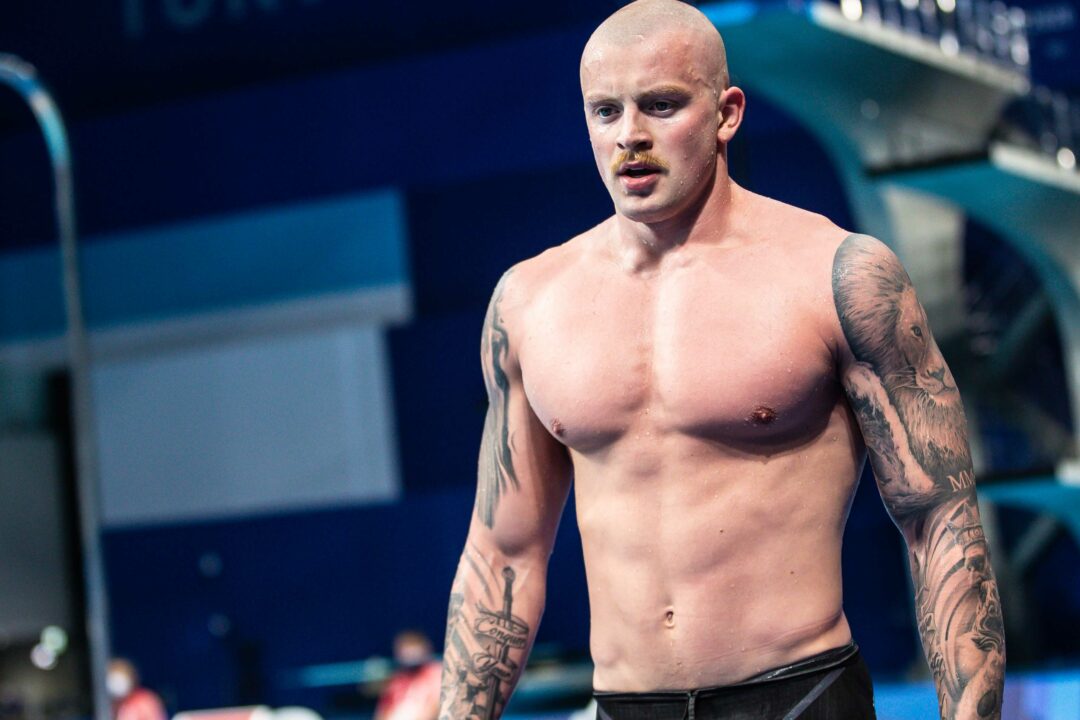 In the most recent week of the BBC’s Strictly Come Dancing, World Record Holder Adam Peaty  staged a comeback from the brink of elimination by posting a strong score of 32 points, well ahead of his prior two weeks.

The final scoring in the show, however, comes from a combination of judge scoring and fan vote, meaning that Peaty needs more than just smooth moves to continue moving on in the show. The British media company Mediaworks has taken on the challenge of trying to predict how the dancers may perform in the fan vote by tracking social media mentions using an artificial intelligence-based statistical method called a sentiment analysis.

Put simply, a sentiment analysis tracks social media mentions while the AI assigns a point score for each mention from -10 (extremely negative) to 10 (extremely positive). The model uses the most 1000 recent mentions to develop the score. Peaty’s track can be seen in the dark charcoal line below.

While being known in the pool for going out fast and dominating his breaststroke races from the front, Peaty seems to be following the opposite track in the Strictly data analysis. On October 9th, Peaty had the least positive social media mentions of the remaining 12 contestants on the show, though he gained steam in the middle, especially around his strong Week 4 performance on October 17th.

In next week’s show, Peaty is poised for a dance off with sports broadcaster Dan Walker to stay on the show. Interestingly, Walker and Peaty both finished towards the bottom of the BBC model as of October 21st.

For more information on the show and it’s social media model, visit the Mediaworks website here.