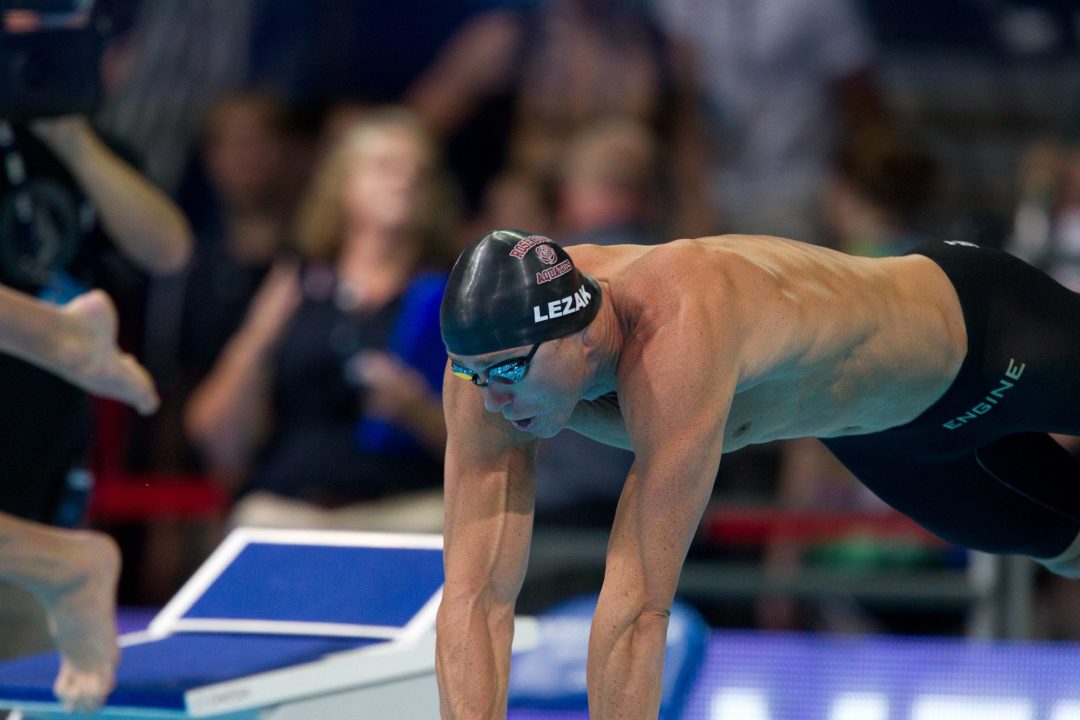 When eight elite current and former Olympian Swimmers band together to organize a unique swim clinic and live auction of Olympic items, it’s not surprising that it quickly sold out. But the real story comes from the reason behind the event. These swimmers joined forces to support long time Head Coach of Rose Bowl Aquatics, Jeff Julian, 39 and never a smoker, in his battle against Stage 4 Lung Cancer.

It’s exciting to see such an all-star group of elite swimmers band together to help one of their own. Jeff’s reputation as a world class athlete and wise coach fueled the outpouring of support after his diagnosis in early January. Helping toward his goal to fight and win against his disease, family, friends and his team – Rose Bowl Aquatics – created #TEAMjeff, and love and resources immediately started rolling in from supporters, swimmers and swim teams across the country.

This unique Swim Clinic will have four stations, coached by the Olympians, that the swimmers will rotate through… including Motivation & Nutrition; Starts, Turns & Sprints, Freestyle & Backstroke and Butterfly & Breaststroke.

Following the Clinic, there will be a question & answer session and live auction of Olympic items. The entry fees & live auction proceeds are gifts to the Julian family.

Swimmers attending the event will each receive a #TEAMjeff cap and an autograph page (suitable for framing). They will also receive a swim bag, t-shirt, 2 DVD’s and Jason Lezak autograph card thanks to Mutual of Omaha BREAKout! Swim Clinics.

this is great. best of luck to jeff julian and his family. F cancer.

Thanks SwimSwam, these awesome Olympians and the army of #TEAMjeff supporters for the love and support fueling Jeff for battle! You are all amazing!

Best of luck to Jeff and his family. I believe you were on the Arcadia Riptides a long time ago, my brother and I were too. We were little, you were older and we admired you. All the best to you! Fight on!!