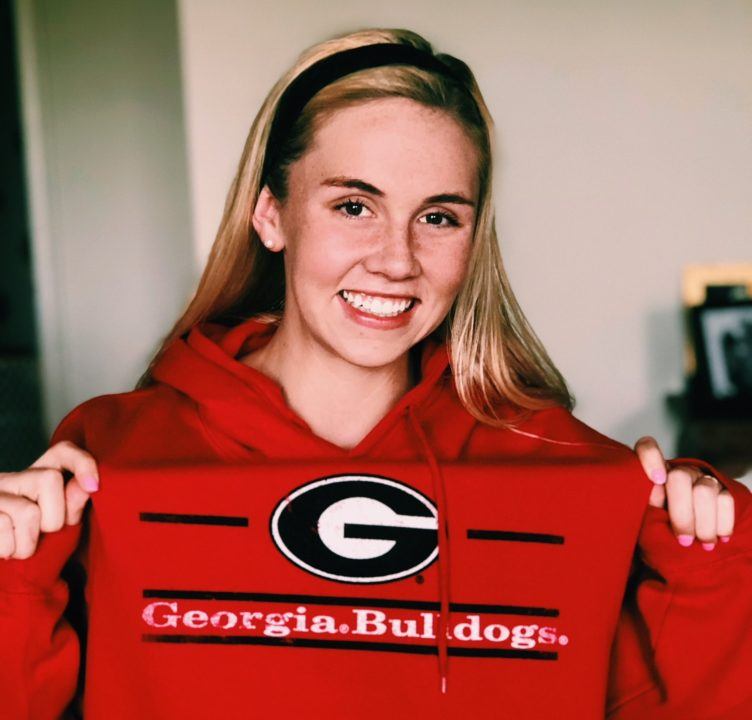 Jillian Barczyk of City of Lafayette Aquatics and Ascension Episcopal School has verbally committed to the University of Georgia for 2019-20. Current photo via Jillian Barczyk

Lafayette, Louisiana-native Jillian Barczyk has announced her verbal commitment to the University of Georgia for the class of 2023. Barczyk swims for City of Lafayette Aquatics and Ascension Episcopal School, where she is undefeated in her high school career thus far. She will join California’s Zoie Hartman on the Bulldogs’ roster in the fall of 2019.

“I am extremely excited to announce my verbal commitment to University of Georgia. I chose Georgia because I felt at home as soon as I stepped on campus. I’m beyond excited to be a part of such an awesome team and school! Thanks to all that helped me along the way.  GO DAWGS!!