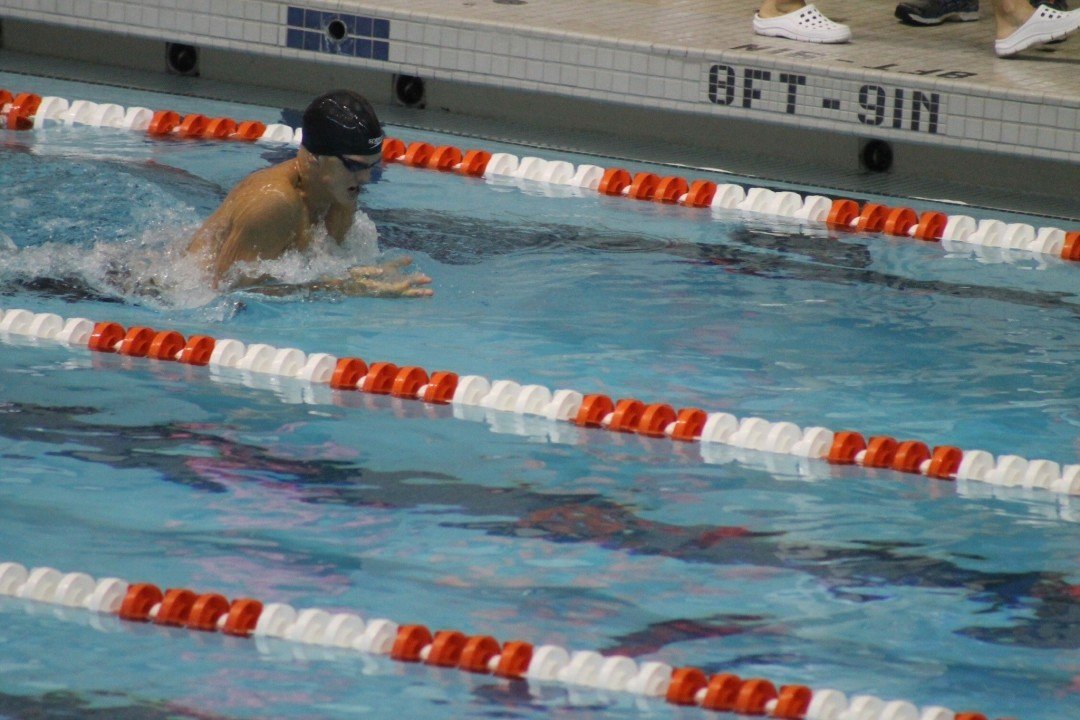 Breaststroker Matthew Dunphy from the Winchester Swim Team has verbally committed to the Tennessee Volunteers. Dunphy admits that he was a...

Breaststroker Matthew Dunphy from the Winchester Swim Team has verbally committed to the Tennessee Volunteers.

Dunphy admits that he was a potential pickup for the Volunteers. “My times aren’t all that impressive, I think it was more of my potential,” Dunphy said of his connection with Tennessee. “This is my third year swimming and I haven’t ever swum year round yet.”

Specifically, Dunphy, a lifelong football player, wasn’t even swimming summer league until a few years ago. He says he “knew (the strokes) a little from swimming for a couple of months in 2nd grade,” but that he was basically starting from scratch.

At 6’6″ tall, Dunphy has great size and is a great athlete, and could be a Breeja-Larson-like story for Tennessee. Larson also is a breaststroker, also is very tall, and was also a relative late-comer to swimming.

One of the best kids I have ever had the pleasure of coaching. UT got a good one here.

Great guy. Competed against him in high school and he’s clearly put in a lot of work since he went 1:04 in the 100 just a couple years ago. Congratulations Matthew.