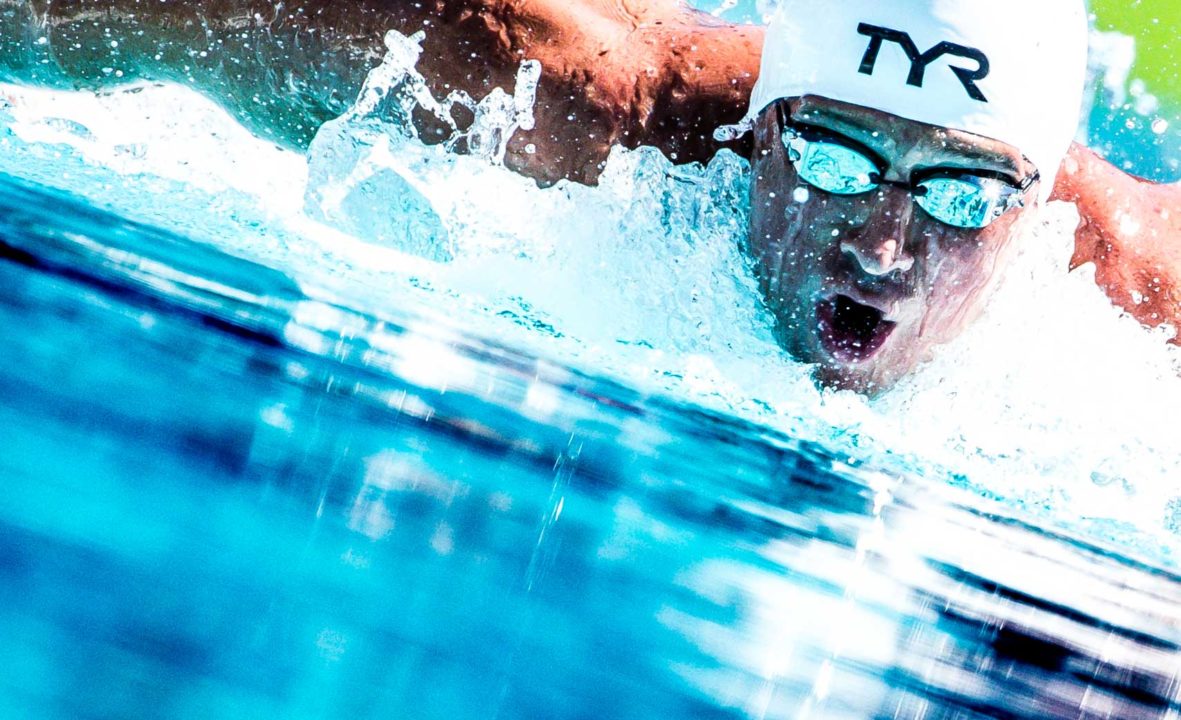 Kieran Smith and Ryan Lochte have scratched the 400 IM for day 1 prelims. Smith will instead focus on the 400 free while Lochte has eyes on the 200 IM. Stock photo via Jack Spitser/Spitser Photography

It’s finally here, the 2021 Wave II U.S. Olympic Trials is less than 24 hours away, and the first prelims start lists are now live. Peering at the first round of scratches, prospective freestyler Kieran Smith and IM veteran Ryan Lochte have dropped their top-16 seeds in the men’s 400 IM.

The only other top-16 scratch for Sunday morning was Michigan’s Patrick Callan, who was seeded at No. 9 in the 400 free at 3:49.34. According to his Instagram story, he is in Omaha, but will focus on his sole other event, the 200 free. In that event, he is seeded 12th at 1:47.36, which puts him in heavy contention for a second swim in the evening and advancing to the top-8 final.

I think I had him placing well in this event 🙂

Was banking on those Lochte points, there goes my Pick ‘Em 😂

It’s going to take a 56 in the women’s 100 back to win gold at the olympics, and that might not even guarantee it, that is just crazy fast!

Welp, I thought Lochte was actually gonna go for the 400 IM. His one in season LC swim made a case for it and his schedule also made it reasonable, as well as theoretically giving him a legit shot at it.

A Classic with Mr JEAH

I believe the description of Jack Walker should be in regards to Jack Collins. It appears that both scratched their 400s, but Collins is the miler

Haven’t seen your name in the comment section in ages, welcome back master Bobo