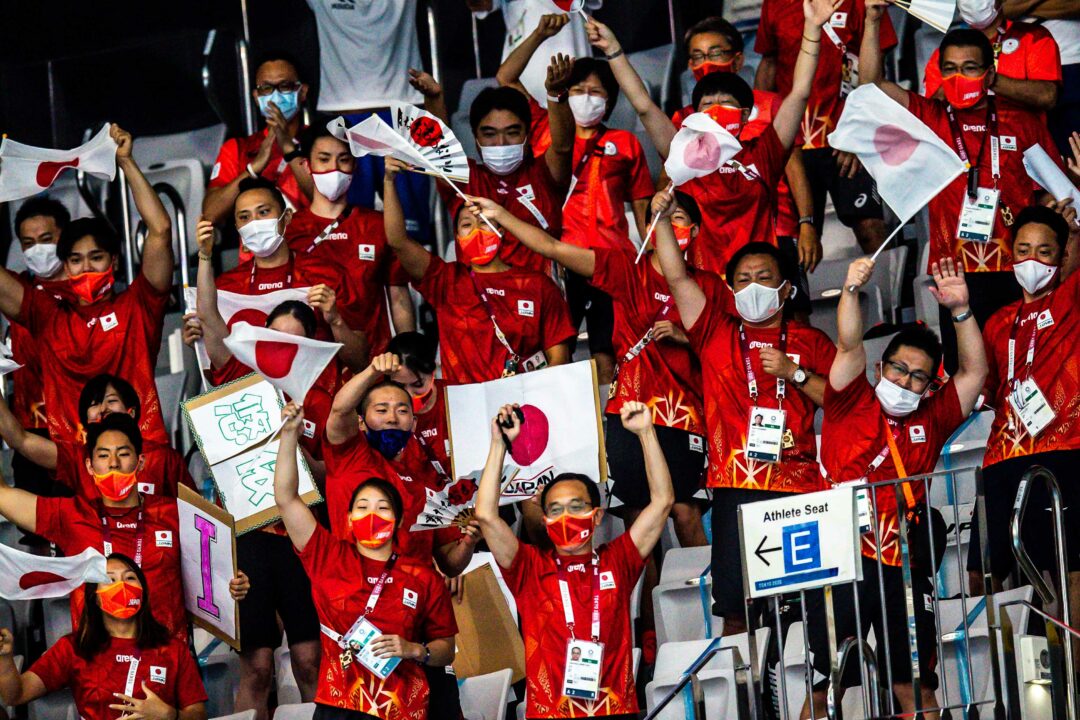 Make it six straight Asian Coach of the Year Swammys for Norimasa Hirai.

The Japanese National Team Head Coach, who heads up the training group at Toyo University, made it a pretty clear-cut choice as one of his swimmers, Yui Ohashi, had an unbelievable Olympic Games on home soil.

Ohashi, who was narrowly edged out by Siobhan Haughey for Asian Female Swimmer of the Year, swept the women’s individual medley events in Tokyo, including winning the first gold medal of the Olympics for the host country in the 400 IM.

Ohashi pulled away from Americans Emma Weyant and Hali Flickinger on the breaststroke leg, and then held off a late push from Weyant to win the title in 4:32.08, the first gold medal in a medley event for the Japanese women in Olympic history.

Ohashi, 26, finished off the double a few days later in the 200 IM, this time edging out two other Americans, Alex Walsh and Kate Douglass, in a time of 2:08.52.

Incredibly, Ohashi’s win made it the seventh straight Olympics that the women’s IM events have been swept by the same woman.

Ohashi ended up being Japan’s lone gold medalist in the pool, with only Tomoru Honda (silver, 200 fly) reaching the podium on the men’s side.

Hagino, who retired shortly after the Games, closed out his career by placing sixth in the men’s 200 IM, while Aoki placed 19th in the women’s 100 breaststroke. Shirai contributed on the Japanese women’s 4×200 free relay that finished ninth.

Ohashi followed up the Games with a strong showing in the International Swimming League’s third season, scoring 126.5 points for the Tokyo Frog Kings across five matches while winning five times and posting the league’s fastest time in the women’s 200 IM (2:04.86).

Yufei’s coach probably could feel hard done by not to win this one.