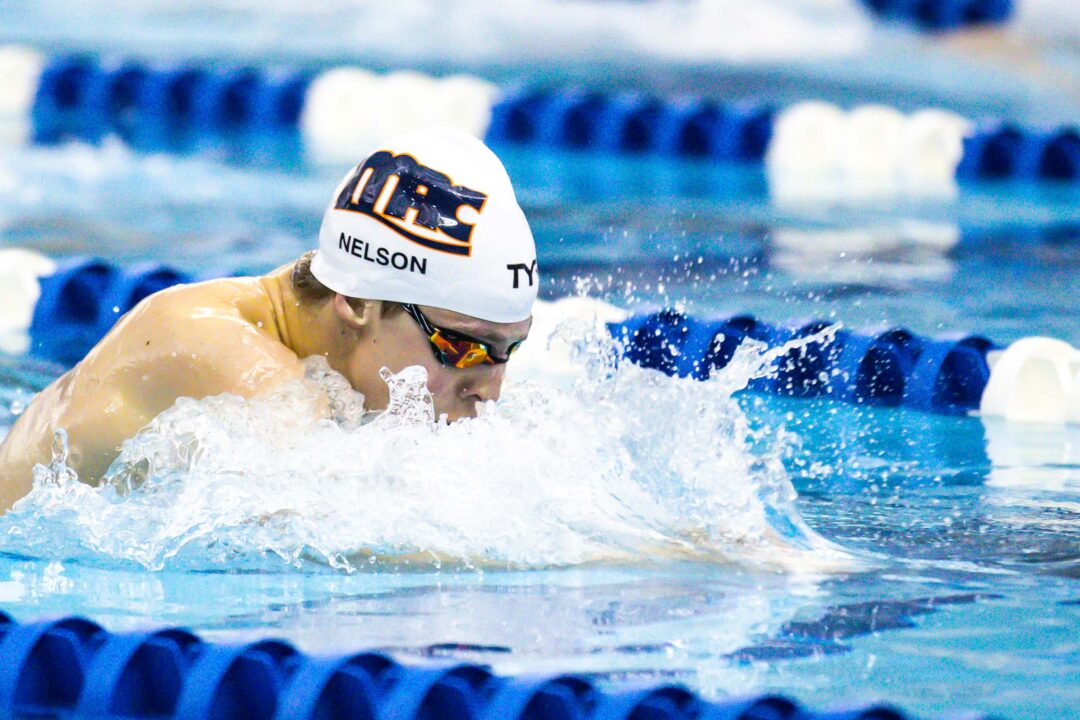 MacNeil became the first woman in history to break 49 seconds in the SCY 100 fly.

Torri Huske stood out as the top 17-18 age group swimmer of the year by virtue of her American Record, World Junior Record, three National Age Group Records, and six other first-place finishes for the year. Huske broke the American Record and World Junior Record in the LCM 100 fly for the first time in the semi-finals at Olympic Trials Wave II when she finished first with 55.78. She then lowered the respective marks to 55.56 in the final, punching her ticket to Tokyo at the same time. At the 2020 Olympic Games, she finished in fourth place, a mere .01 off the podium with 55.73. She also lowered her own NAG record in the SCY 100 fly and took down Simone Manuel’s national mark in the LCM 50 free.

Jacoby became a household name in July when she won the 100m breaststroke at the 2020 Olympic Games in Tokyo, dethroning defending champion and Team USA teammate, Lilly King. Jacoby lowered her own 17-18 National Age Group Record in the event with her winning 1:04.95. She had previously broken the NAG twice at U.S. Olympic Trials with 1:05.71 in semis and 1:05.28 in the final.

Someone I think should be included his 17-year-old Charlotte Hook. Charlotte has been persevering over this last year after getting third at the Olympic trials in the 200 butterfly. She went on to have a silver medal performance at the world championships for short course meters in the 200 butterfly, very talented athlete and has chances to make the world/Olympic team near future.

I checked two different places and it seems that Huske was first in the 200 IM. She was the 6th fastest American, behind Walsh/Douglass who were both turned 19 before this year as well as Cox/Baker/Small, all of whom have graduated from college already.

Context is important. Lydia had a great year. But the category is best swimmer, not best swim. In addition to the breadth and depth of Torri Huske’s events and times, look at where she ranks across the board in multiple events. However, if you only want to look at the Olympics, there is an argument to be made for Torri Huske as the better swimmer. Torri Huske’s 100 Fly in the Olympics ranks 10th in world History (not by age group, but of any age). Her 100 Fly in Trials broke the American record and ranks her 7th in world history. Lydia Jacoby’s gold medal time ranks her 18th in world history. The women’s Olympic 100 fly final had four… Read more »

But Jacoby is an Olympic champion. Huske is only fourth individually. Also, this article leaves out a world medalist in HM.

Huske would absolutely win this award in most years, and is an insanely talented swimmer. But I, have to agree that an individual Olympic Gold Medal trumps anything, so Jacoby should’ve taken the award this year

They appear to be giving it to Huske because they already gave Jacoby two awards which kind of cheapens the award.

An Olympic champion deserves these awards.

I didn’t say Jacboy receiving the awards cheapens them … quite the opposite.

I think times are a good reason for Huske over Jacoby. 1:04.95 100 breast is really good, but 55.66 100 fly is even better imo. Jacoby’s was just more of a breakout performance since she was basically unknown at an international/national level, while Huske already won gold at 2019 WJC. It’s not like Huske choked in the finals too; 55.73 is a great time, the field was just too fast.

Gold medal > impressive times that aren’t gold medals. This is the first ranking so far I disagree with.

I’m not outraged by it, Huske is awesome. Personally, in a year with the Olympics I give this to the gold medalist. In a non Olympic year Huske wins easily.

Jacoby is the golden girl and the winner. The way she won gold in a huge and exciting upset also propels her. Swimswam will change their results because of this post, thank you Braden.

Fair enough, I can see it going with Jacoby for sure too. I guess for me, I put more value on the time itself/how well she performed under pressure and she put up a crazy fast swim in the final that pretty much met the high expectations going in. It’s not like MAndrew, who was pretty far off his bests when it mattered the most.

This award as always been about times, specifically records and ranking. Huske has more records and number one times. At the end of the day I don’t think Lydia took too much offense to this I mean she still has a Olympic gold medal.

It’s comparing swimmers within 17-18 age in USA, not ranking swimmers in the world then eliminating ages and countries. For a “NAG” award, I think you have to give weight to being the #1 NAG time in multiple events, vs in one event