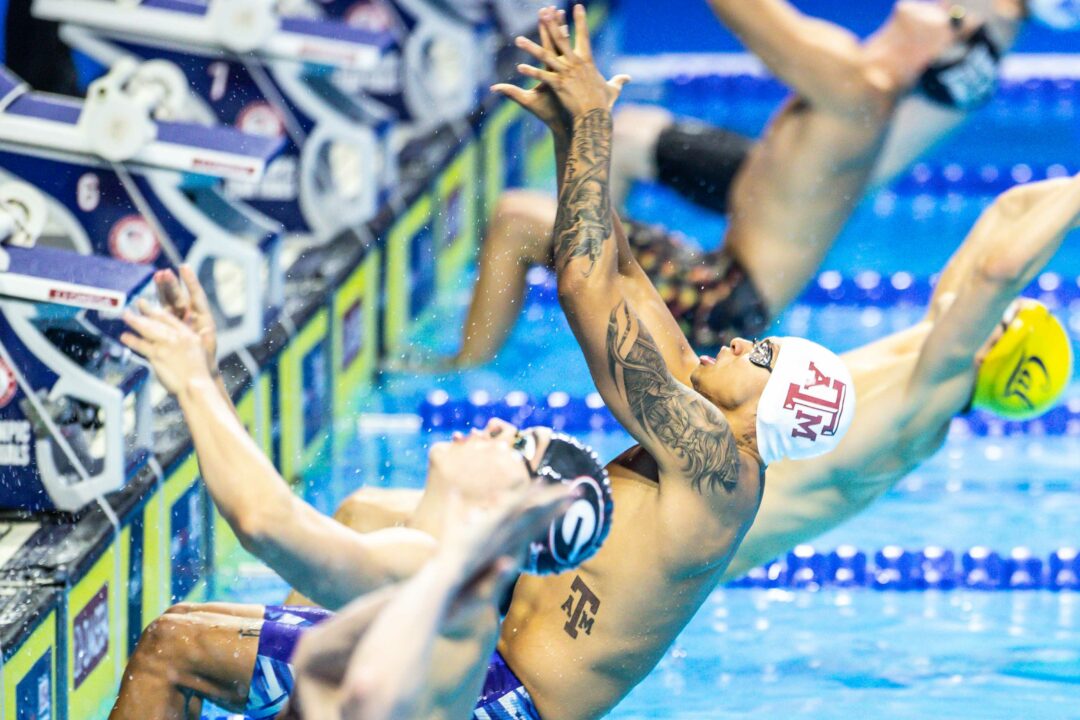 This was a bit of a more difficult year to make a pick, as there were two men who won three individual events at NCAAs, and there weren’t a ton of the eyepopping, all season-long, fast times that we saw in 2020.

Still, Texas A&M’s Shaine Casas just gets the edge here, winning his second-straight award in this category. The tiebreaker, if you will, between Casas and Ryan Hoffer, were a few historically-fast swims that Casas produced in the weeks preceding NCAAs.  That swims included a 1:38 in the 200 fly, building on a fall 2020 that saw him produce quite a few other historical fast times

While the 2021-2022 season should have been his senior year, he announced a few months ago that he would be leaving the Aggies. At first it looked like he might transfer to Texas, or maybe swim there as a pro, but so far it appears that he’s still training in College Station, although he no longer appears on the Aggies’ roster. While it didn’t factor into our decision, it’s worth noting that he also won gold medals in the 100 back and the 4×50 medley relay at last month’s Short Course World Championships

Should have been Gordon Wheeler from Miami. Absolute unit, amazing swimmer, and even better guy