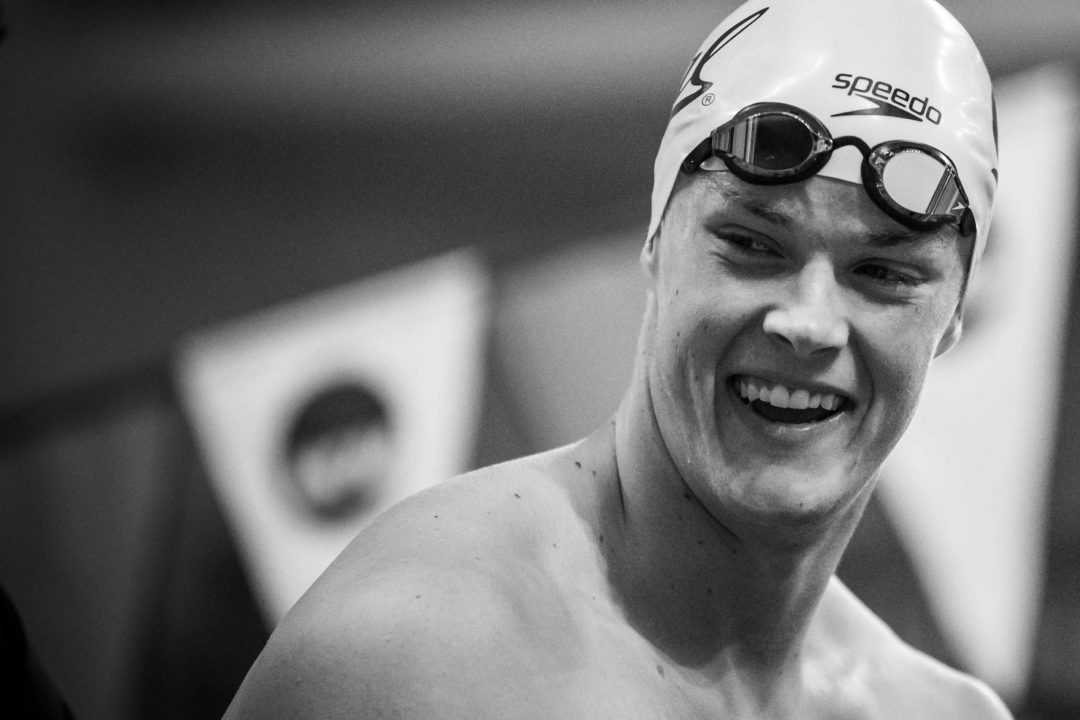 Americans hold 9 of the 9 medal events tonight, including the Daniel Carr/Nick Alexander duo aiming for a US 1-2 backstroke sweep. Stock photo via Jack Spitser/Spitser Photography

The third day of the Pan Ams Games is fastly approaching with 9 new Pan Ams champions and medalists to be crowned this evening. Here is tonight’s event line-up.

The only top 8 scratch is Argentina Andrea Berrino, who finished 6th in the 100 back prelims. She will be leading off the Argentina mixed medley relay at the end of the session, with her lead-off time still able to count as a legal time.

Tonight, 9 of the 9 medal events feature Americans as the top seed. Among the events to watch, the women’s 800 free will feature 19-year-old Delfina Pignatiello aiming for her second Pan Ams title against 16-year-old American Mariah Denigan. Americans Annie Lazor and Daniel Carr will also shoot for a single-stroke sweep in women’s breaststroke and men’s backstroke, respectively. Here’s more races to watch for tonight.

Anyone know of any live feeds, such as with VPN & a non-English language?