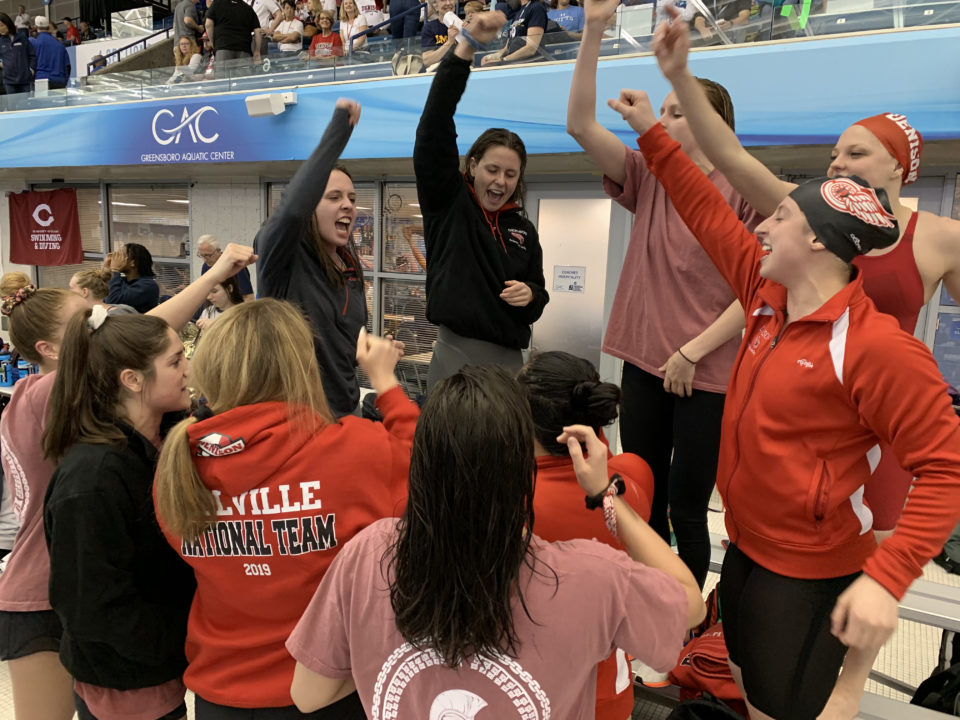 Kenyon and Denison had very strong mornings on Day 3. With the exception of the 200 fly, where they didn’t field a finalist, and diving, where they only scored in the consolation, the Kenyon Ladies will be present in every championship final tonight. They’ll have 2 each in the back and breast, and their relay is seeded first. The relay will be key to their ability to successfully challenge Emory in the title race.

Denison, too, has closed the gap with Emory. While Kenyon trails Emory by 9 points in the projected standings, Denison is only 45 out of the lead. Denison gained 19 points over their seedings, while Kenyon and MIT were up 14.5. Emory was off, -14. Chicago improved by 18; Williams by 16.