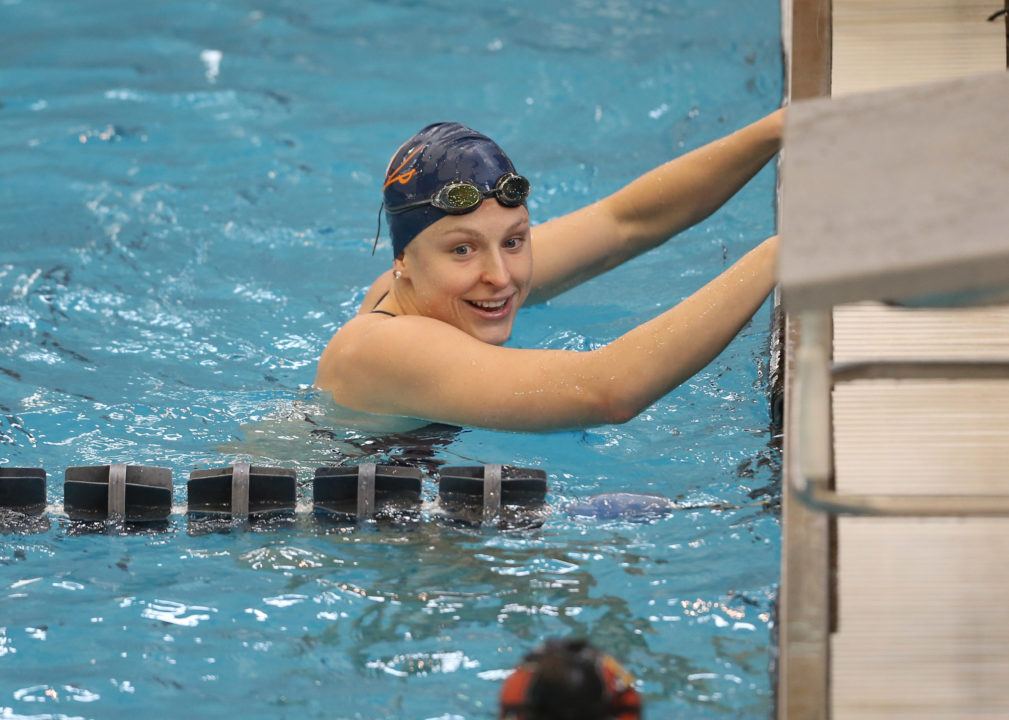 Virginia has set itself up to severely outscore the competition on the 3rd day of the meet. Archive photo via Virginia Athletics/Matt Riley

**Note, this does not include relays or diving**

Virginia had a monster prelims performance, qualifying the most swimmers to finals with 19 individual swims, 10 of which are in A finals. They have the potential to severely outscore the rest of the teams tonight barring slow performances across the board for UVA. Louisville could cut into that deficit with the 400 medley relay and diving tonight.

UNC, Duke, and Notre Dame have set themselves up well to stay in the middle of the pack, coming back for multiple races in the A, B, and C finals. NC State is still hanging on to 3rd, and has set itself up to stay within basically the same margin of Louisville that they were in after yesterday.

Here is the breakdown of each event with the teams in no particular order: