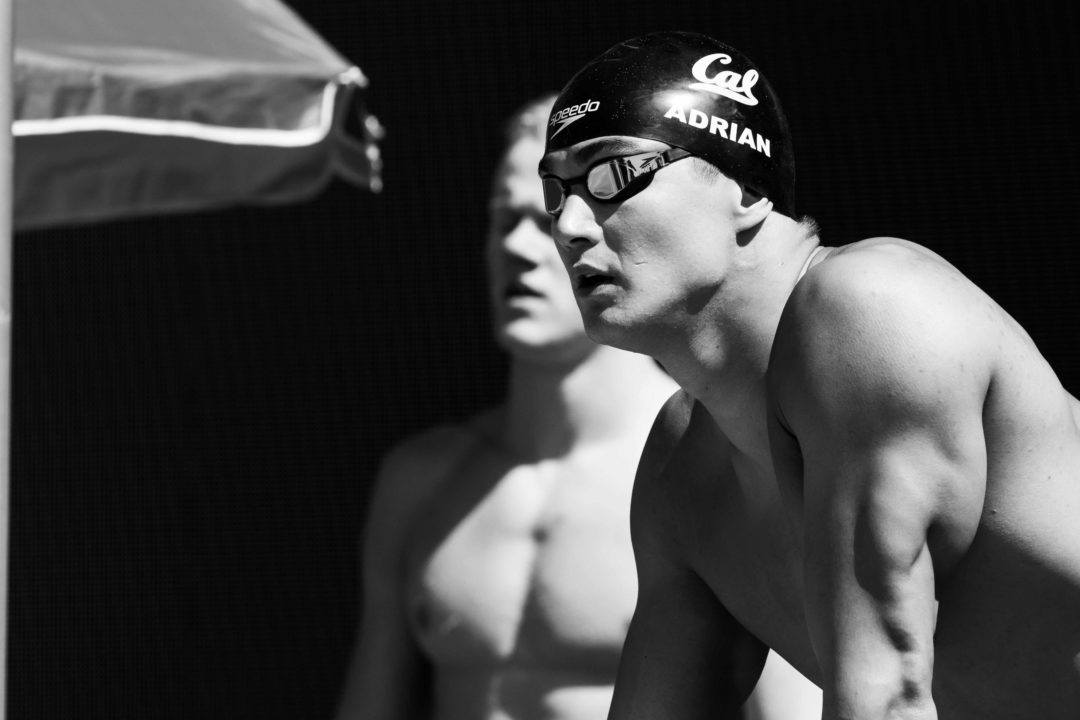 In prelims this morning, Georgia post-grad Hali Flickinger took down a 37-year-old U.S. Open record, dropping a 2:05.87. Her time ranks as her the third-fastest American ever, and second fastest in the world this year. The only question that remains: does she have a shot at Mary Descenza‘s American record of 2:04.14? In short, with how she’s been swimming, yes. Stanford’s Katie Drabot was second this morning with a full second drop off her best time, and 16-year-old Regan Smith was third, also with a massive lifetime best of 2:08.87.

This race was close and fast this morning. National Teamer Justin Wright (1:55.49) broke 1:56 for the first time in his career to become the top qualifier, and Jack Levant was just behind in 1:55.89. 2017 FINA World Championships 200 flyer Jack Conger was third in 1:55.75. Tom Shields, who has been in an extended down stretch, put up a solid time of 1:55.94 – his best since 2016 Trials, and his 4th-best time ever. A fifth swimmer, Zach Harting, was under 1:56 (1:55.95). Though any of those first five have a shot at the title, in 6th was Chase Kalisz, who was the fastest American in the nation this season until today. While Wright already cracked the top-10 all-time American performers list this morning (he’s now 10th), expect a few more of those spots to get taken over tonight.

Indiana’s Zach Apple blasted a 48.06 this morning to take the top spot, and will certainly be gunning for a 47 tonight. Florida’s Maxime Rooney, who hadn’t dropped time in three years in this event, swam back into the conversation with a 48.27 this morning, good for the No. 2 spot. He was ahead of Nathan Adrian (48.42), who has an eight-year national title streak on the line. The main swimmer expected to challenge that streak heading into today was Caeleb Dressel, who played a risky game backing off at the end of his race this morning, qualifying 7th (48.70). Blake Pieroni and Townley Haas, who have bests in the 48.2 range, will also be in the mix for a relay spot. Rounding out the final will be World relay member Michael Chadwick and Olympian Ryan Held.

The top 8 entrants in the event will race tonight, with Katie Ledecky eyeing her own US Open and world records. She’s entered at 8:07.27 from earlier this year and her current US Open mark stands at 8:06.68, with her world record at 8:04.79. Leah Smith will have a shot at becoming the No. 2 American performer of all-time (a position currently held by Janet Evans) if she can take a second off her best time from Worlds last year (she’s been 8:25.05 in 2018). Behind those two, it’s a steep dropoff to a field that features Open Water starts Ashley Twichell and Haley Anderson, youngster Erica Sullivan; also in the mix will be Cierra Runge, staging a comeback, NC State’s Hannah Moore, and Ally McHugh.

Stanford’s True Sweetser is the top seed, and only sub-15 entrant, in 14:59.73. He’ll take on 2017 Winter Nationals 1650 champ and American record holder Zane Grothe, along with Jordan Wilimovsky, the No. 2 American performer of all-time. 18-year-olds Robert Finke and Andrew Abruzzo will also swim, along with PJ Ransford, Logan Houck, and Kevin Litherland.

I’m going to go out on a limb and say there will be a new 100 free winner.