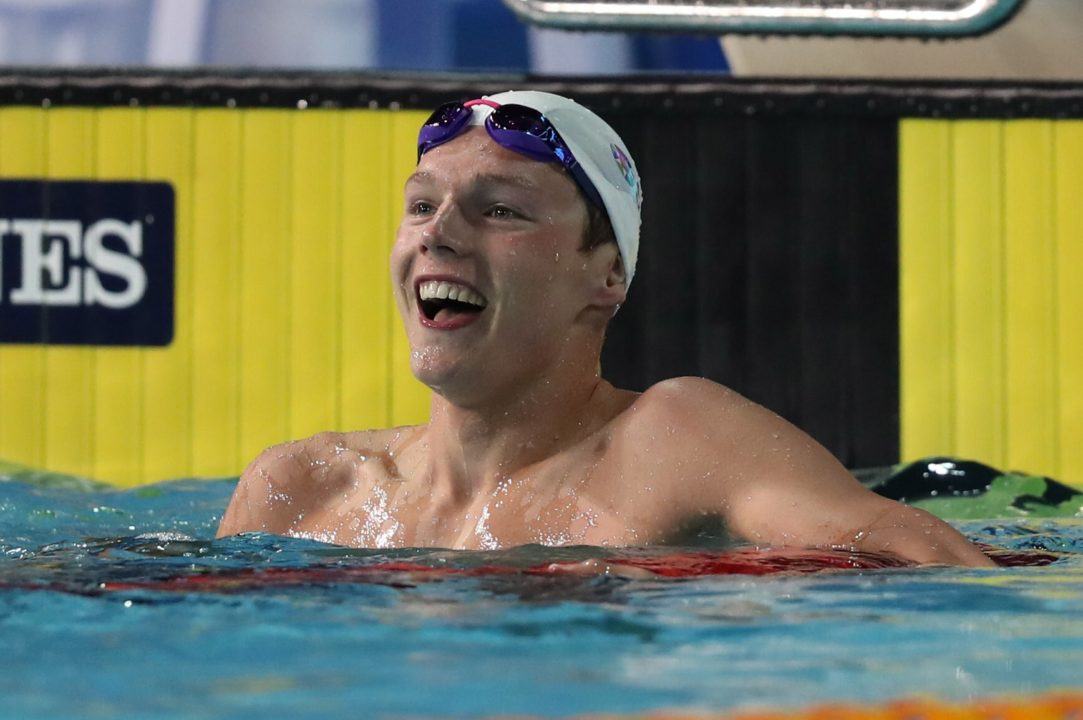 Duncan Scott's coach at the University of Stirling, Steven Tigg, is SwimSwam's British Coach of the Year. Archive photo via Ian MacNicol for Scottish Swimming

Although most known perhaps for his star swimmer of this year, Duncan Scott, several other athletes in Tigg’s University of Stirling stable also garnered international attention for feats at this year’s Commonwealth Games and beyond. All reflect highly on Tigg, who assumed the program’s helm after Ben Higson left in 2017 to become Swim Ireland’s national team coach.

Tigg’s athlete Scott, who was named Britain’s Swimmer of the Year, became the winningest Scottish athlete ever at a Commonwealth Games this year, when the now-21-year-old took home 6 medals. One of those medals represented a head-turning swim in the men’s 100m freestyle, where Scott won gold against home country favorite and 2016 Olympic champion Kyle Chalmers. Scott became the first Scotsman ever to win Commonwealth gold in that event.

Scott went on to earn the 200m freestyle European Championship title shortly afterwards, while also taking silver in the 100m free. He was also an instrumental component of Britain’s rleays in Glasgow.

But Tigg was also a mentor to Aimee Willmott, a relatively newer member of the Stirling squad, who raced her way to 400m IM gold at the Commonwealth Games after a sudden change in training homes.

The famed coach of Adam Peaty is virtually always in the conversation for British Coach of the Year due to her remarkable results achieved partnering with the breaststroking beast. 2018 brought the pair a new World Record, with the 57.10 Peaty clocked at the European Championships in Glasgow.

Hard to disagree, seems to be able to get the best from most athletes regardless of gender, age or event…

My honourable mention would be Dave Hemmings for his work with James Wilby, truly unbelievable!