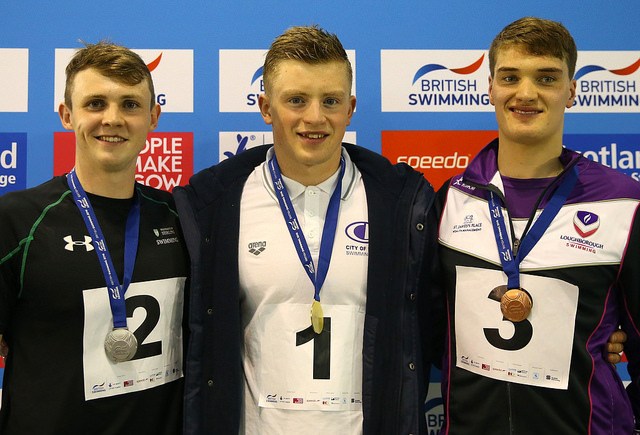 The biggest and baddest breaststroker in the British men’s breaststroke group is Adam Peaty, that’s no secret. But, before him and behind him, the country has quietly amassed the world’s most effective men’s breaststroke machine, including 2018’s breakout star 25-year old James Wilby.

Wilby had never won an individual medal internationally until 2018, but he broke through in a big way. First he had his big breakthrough in the 200 breaststroke at the Commonwealth Games, where he won gold and accomplished something that Peaty never has: medaling in all 3 breaststroke distances at an international meet. That was part of a 4-medal overall performance (1 gold, 2 silvers, 1 bronze). In his followup, he took 3 medals (gold as a prelims 400 medley swimmer, plus silver in the 100 and 200 breaststroke) at the European Championships to bring his medals total to 7 on the year.

He swam lifetime bests in all three long course breaststroke distances in 2018 and now ranks in his country’s top 5 of all time in each. That includes 2nd all-time in Britain in the 100, behind only Peaty himself, and 3rd all-time globally in the 100 breaststroke.

His emergence as a 58-second breaststroker now gives the UK full confidence to be able to rest Peaty in prelims at the World Championships and Tokyo in the 400 medley relay, including in the new mixed medley, and save their superstar some swims without risking their spot in finals. That’s a huge luxury, given how far ahead of the rest of the world Peaty is right now.