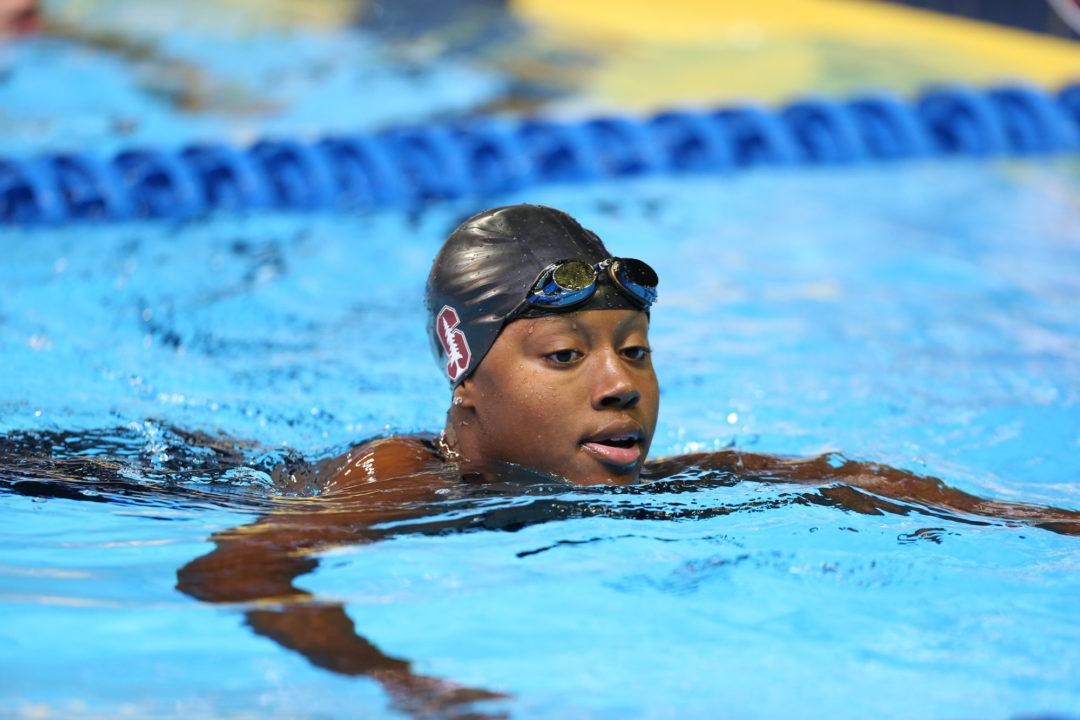 Stanford's Simone Manuel returns to 2017 NCAAs after taking a redshirt year and is the top seed in all of her events. Archive photo via Tim Binning/TheSwimPictures.com

It’s no secret that as the years go by the NCAA Division I Women’s Swimming and Diving Championship invite times tend to get faster and faster. While there may have been jumps in the past, there’s a significant difference between 2016 and 2017 NCAA invite times. All 13 events are faster this year.

This could be in part an effect of the 2016 Olympics where some of the top athletes took an Olympic redshirt. Swimmers like Stanford’s Simone Manuel and Minnesota’s Kierra Smith are back this year making the competition even tougher and the times much faster. Manuel enters NCAA’s as the top seed in the 50, 100 and 200 free while Smith is seeded second in the 200 breast and ninth in the 100 breast.

“It never ceases to amaze me how much faster the sport continues to get.  And really, this is happening at all levels of the sport and it’s a testament to how many great coaches we have in this country and the information sharing that occurs.  It’s difficult to see a slowdown anytime in the near future,” Stanford’s head coach Greg Meehan said.

Although it may only be tenths of a second, these faster invite times could mean the difference between making NCAAs in 2016 and just missing the cut in 2017.  In fact, there were 51 women who made it to NCAAs last year who would not have qualified this year.

The 500 Freestyle is the most notable event to make the biggest impact on the field of swimmers. In 2016 a time of 4:42.58 would have made it to NCAAs but this year the cut off was Chantal Nack’s time of 4:41.84. There were 10 swimmers who were invited last year but if they swam the exact same time this year, they wouldn’t have been invited back.

“The times overall have gotten a lot faster since last year. After the B1G conference meet it was a close call as to if my time would be invited or not. I just found out a couple days ago that I am 40th and the last person for the 500 free to be invited, so I am very excited to get the chance to swim it again,” Nack said.

In a sport where winning or losing comes down to hundredths of a second, the meets leading up to NCAAs were more important than ever to focus on the details in preparation and race strategy in order to be invited.

Here’s a closer look at the NCAA Women’s Swimming invite times between 2017 and 2016.