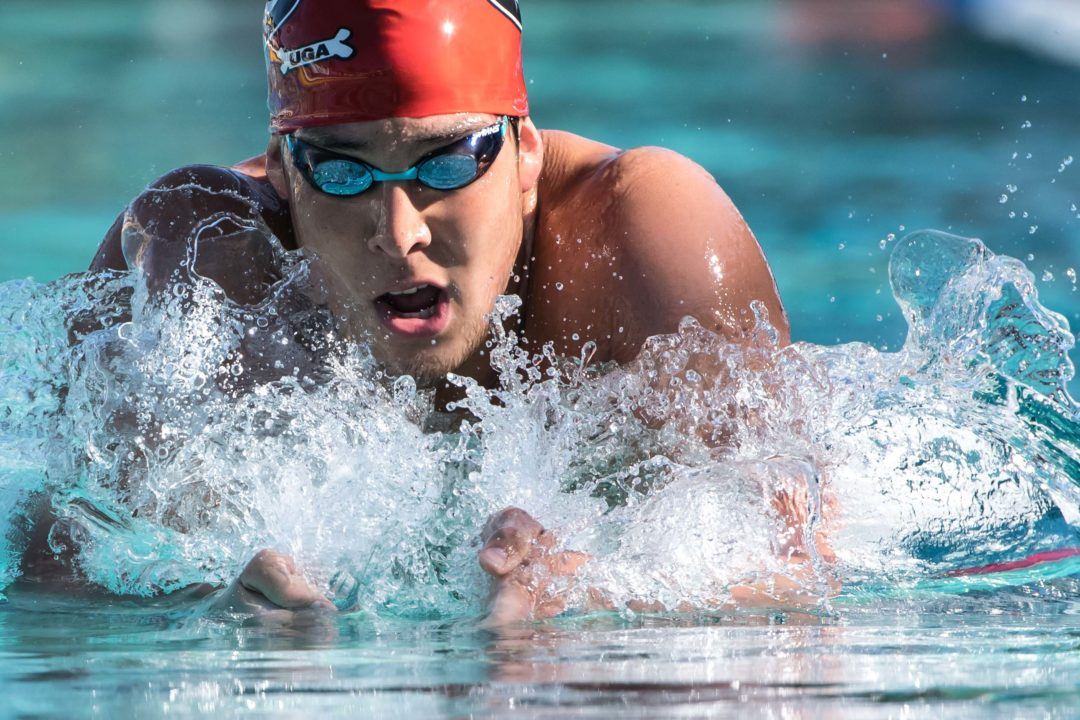 Today's highlights included a fantastic winning double by Georgia's Jay Litherland in the 400 IM and 200 free, in which he took gold in back-to-back events. Archive photo via Mike Lewis/Ola Vista Photography

Today’s highlights included a fantastic winning double by Georgia’s Jay Litherland in the 400 IM and 200 free, in which he took gold in back-to-back events. Stanford’s Katie Ledecky took down a Meet Record with a world-leading swim in the 200 free, and a new Egyptian Record was set by Indiana’s Ali Khalafalla with his silver in the 50 free. Additional day 3 winners included Texas’ Madisyn Cox (400 IM), Canada’s Hilary Caldwell (200 back), Cal’s Ryan Murphy (200 back), Louisville’s Kelsi Worrell (50 free), and Trojan Swim Club’s Vlad Morozov (50 free).

For a full recap of tonight’s events, click here. Read on to see videos of each championship final courtesy of USA Swimming’s YouTube channel.

Thanks Lauren.
Litherland (Jay) is really a beast. Not much time between 400 IM final and 200 free final.

Thank you for posting these, particularly after NBC’s snafu parade this evening! Much appreciated.