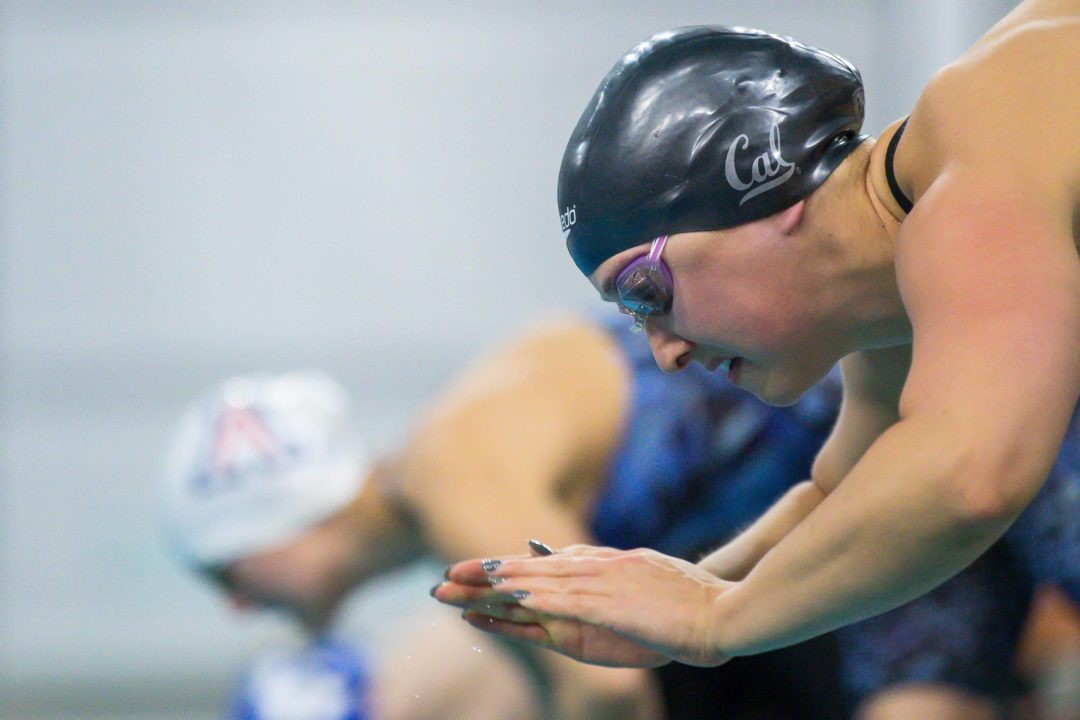 Cassidy Bayer, who finished 3rd in the 200 fly at the 2016 US Olympic Trials to miss the team by one spot, will transfer for the 2021-2022 NCAA season. Archive photo via Jack Spitser/Spitser Photography

Bayer said that the decision was not an affront to Cal, but that the environment was just not a good fit for her.

Bayer says that while she’s not ready to announce where she’s transferring yet, she has a team in mind for the 2021-2022 season that she would like to be a part of.

A few months after those Olympic Trials, she suffered a torn meniscus during a powderpuff football game. The surgery and recovery took her out of the entirety of her junior year of high school, and she has not yet returned to her best times pre-injury, though she has continued to progress in the middle-distance freestyle events.

As a freshman at Cal, Bayer finished 15th in the 200 yard fly to score 2 individual points for the Golden Bears as part of a 2nd-place team finish.

During her sophomore season, Bayer raced through the Minnesota Invitational, but then took a leave from swimming to seek care for an eating disorder and other mental health concerns. That Minnesota Invite, in December of 2019, was her last competitive meet.

The Cal family thanks you for your contributions to the team, in and out of the pool. Best of luck with your future endeavors!

I saw her at those 2016 olympic trials. She was so close! I wish her the best.

She got absolutely hosed by the powers-that-be in that situation, and seemingly hasn’t fully recovered since. I hope the ones that pulled that feel proud of their actions.

What are you referring to? She got 3rd, which is great and terrible at the same time. I wish 3rd got an invite but it hasn’t been that way for many years

I believe DrSwimPhil is referring to Camille Adams DQ and subsequent reinstatement in the 200 fly prelims at ’16 Trials.

Is she taking a redshirt/gap year?

I wish her all the best no matter where she goes, which I don’t want to make speculations about now. Glad she recognized her concerns with mental health and is addressing them.

Just that she was able to recognize it as a problem is a big victory. Best wishes in the recovery. You go girl!

UVA?! Wishing her the best of luck wherever she goes!

She’s from VA (about 2 hrs from Charlottesville) – this would be a viable choice if she wants to be closer to home.