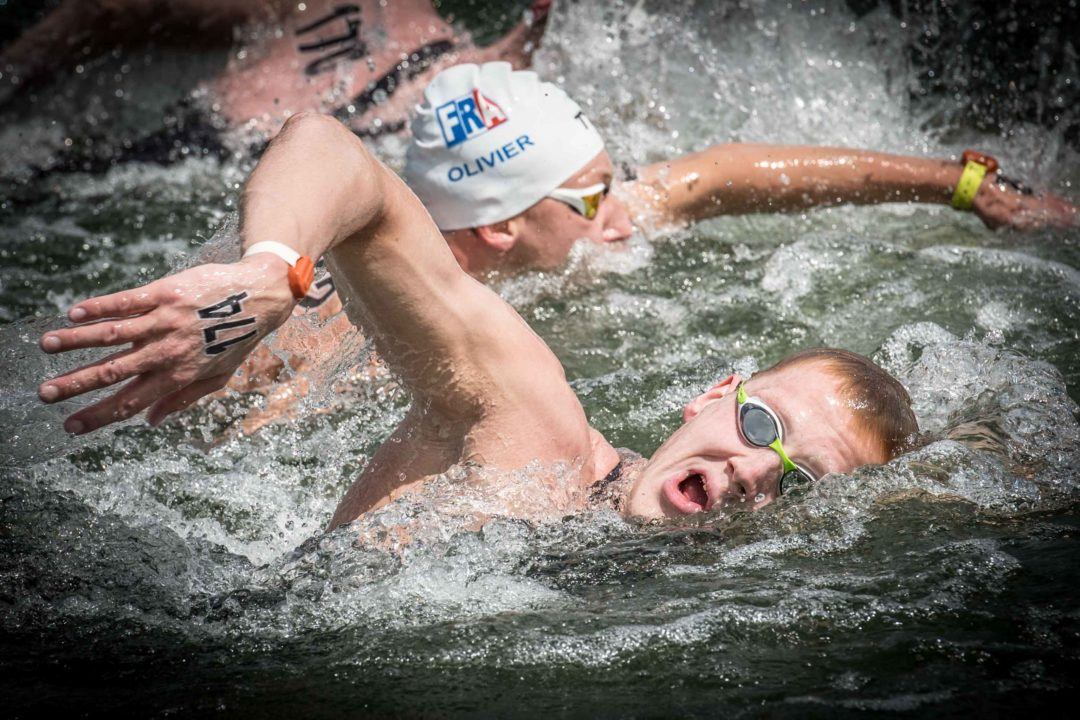 It's a Dutch sweep of our Open Water Swimmer of the Year Swammys, with Olympic champ Ferry Weertman taking the men's award. Archive photo via Mike Lewis/Ola Vista Photography

It’s a Dutch sweep of our Open Water Swimmer of the Year Swammys, with Olympic champ Ferry Weertman taking the men’s award.

Weertman won both major international 10K titles this year, taking Olympic gold as well as pacing the European Open Water Championships. The latter win came first, taking place in early July in front of a home crowd in Hoorn of the Netherlands. Weertman ground out a very tight win over Great Britain’s Jack Burnell, winning by just over half a second for the 10K title. With the Olympic distance 10K still serving as open water swimming’s premier event, Weertman won the hardest fought gold of Euros. That was a repeat win for Weertman, who also won Euros in 2014.

And he followed it up just over a month later with a win in a downright wild Olympic final. Australia’s Jarrod Poort made a huge charge to push the pace early, throwing almost the entire field off of their established race plans. Poort eventually fell off, and a huge pack of 12 total swimmers pushed into a finishing bunch that were separated by less than 7 seconds. Weertman survived Poort’s early pace-pushing expertly, coming in with a clutch touchout of Greece’s Spyridion Giannotis as both men finished at exactly 1:52:59.8.

Weertman was no stranger to tight finishes before those two meets, either. He won the Open Water Festival in Florida back in April by just .4 seconds over former Olympic champ Ous Mellouli.