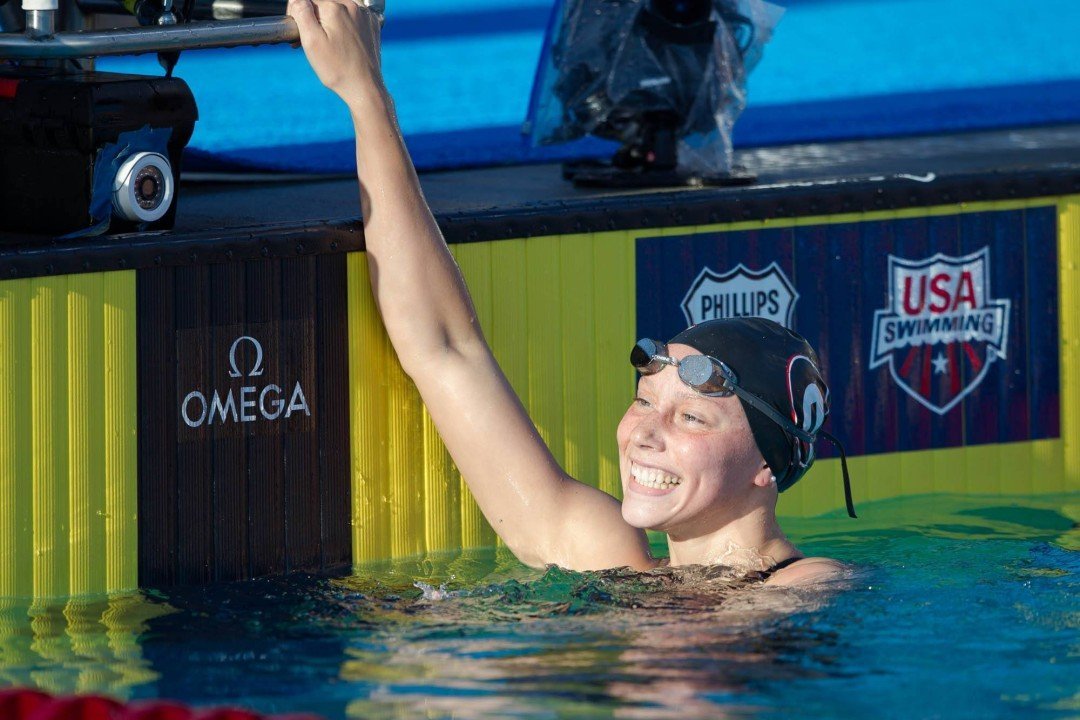 Hali Flickinger has scratched the women's 200 back this morning to focus on the 100 free. Current photo via Tim Binning/TheSwimPictures.com

In the first event of the morning, the women’s 200 IM, Athens Bulldog 2012 Olympian Shannon Vreeland (eighth seed) is out, along with ninth seed Hilda Luthersdottir. Badger’s thirteenth seed Carly Cummings has scratched as well.

Badger’s 11th seed on the men’s side Cody Miller scratched the 200 IM, along with Kentucky’s 13th seed Brandon Flynn. Number 22 Cameron Stitt of the Michigan is out as well.

Georgia’s sixth seed Hali Flickinger has scratched the women’s 200 back.

On the men’s side, Louisville and Russia’s third seed Grigory Tarasevich is out of the 200 back, along with Badger teammates number eight Patrick Conaton and number 15 James Wells. Also out is 21st seed Robert Zofchak of Club Wolverine.

Club Wolverine’s Junya Koga has scratched the men’s 100 free, freeing up the 6th seed. Badger’s Derek Toomey is out of the 11th seed.