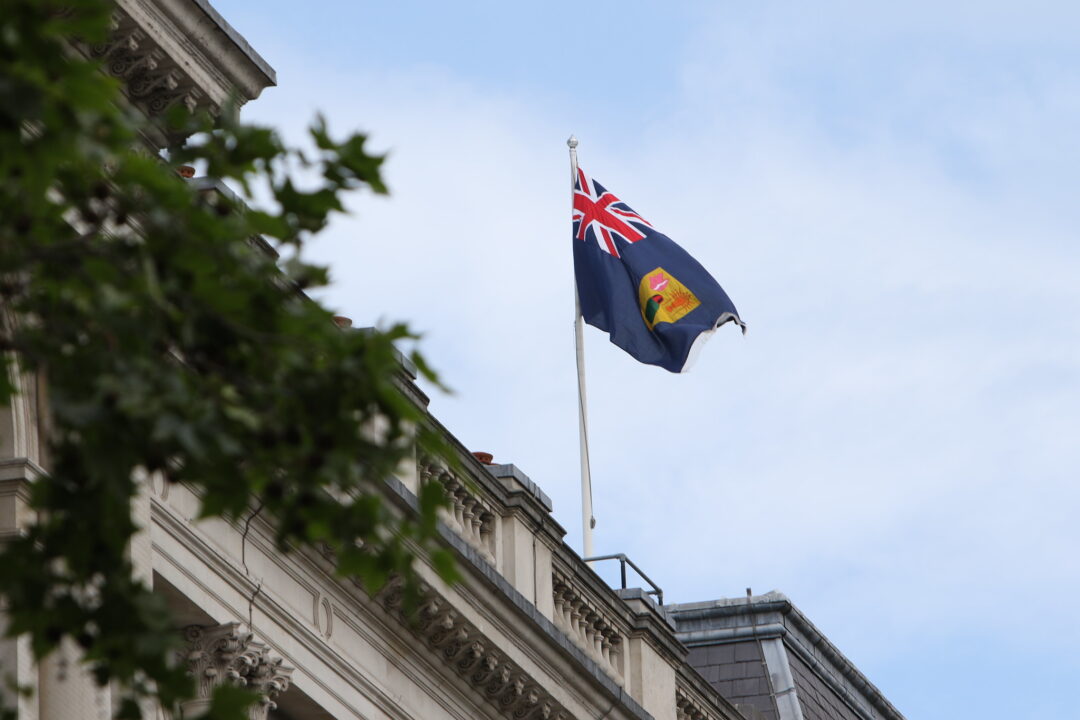 Turks & Caicos is one of three FINA member federations that did not participate in the 2019 World Championships but will in 2022. Current photo via Foreign Office of Turks & Caicos

In total, FINA currently recognizes 209 member federations, with a maximum of one federation allowed per “sport nation” (though not all members are sovereign nations in the traditional sense).

Of those, 13 member federations* that competed in the 2019 World Championships won’t compete in 2022.

The asterisk is because there are some caveats in here. Athletes who compete with the Refugee team (which we have not included in our nation counts above) are not credited as competing for their member federations, while Kenyan athletes under the name “Suspended Member Federation” or “SMF,” as the Kenyan federation has been suspended indefinitely by FINA over problems with the federation’s governance practices.

Two federations, Russia and Belarus, have also been suspended by FINA because of their roles in the invasion of Ukraine.

This leaves a list of 10 other federations that competed in 2019 but didn’t send a team to this meet.

With ongoing challenges from the COVID-19 pandemic, along with the changes in plans for this year’s World Championships, a few absences was not a big surprise.

On the opposite side of the coin, there were three member nations that did not compete in pool swimming in 2019 that have sent teams this year:

There are a further 11 nations that have not competed at either the 2019 or the 2022 World Aquatics Championships in pool swimming:

Below is a full list of those member federations participating in pool swimming at the 2022 World Aquatics Championships. To see entries by federation, click here.

There’s a history of swimmers from very minor swimming nations(usually developing countries) entering the 50M events who haven’t met the qualifying times but are invited to compete under the ‘universality’ clause. Then they fail to actually enter the event. But hey, the swimmers and more so the officials from these ‘FINA family members’ get an all expenses paid foreign trip and FINA can pretend it is developing the sport. I just wish it wasn’t such a gravy train.

You raise a very interesting point. We need to have qualifying times and strictly enforce those times for the sake of impartiality. Allowing swimmers in who have not met the qualifying times for the sake of “universality” just damages the reputation of FINA. It damages the idea of impartiality and leads the public to believe that the government is influencing who is allowed into the meet.

The public has already lost faith in FINA. Everyday, more and more people from across the globe are recognizing FINA as a hypocrite. FINA has failed to do their job – uphold the values of our sport and protect the integrity of the sport. If FINA can pick and choose which athletes to allow, that means they have the ability to pick and choose who makes it on the podium. Unacceptable!

I’d be curious how many of the smaller nations are being represented by NCAA athletes – I remember swimming with an olympian or two at some relatively small regional meets, because they had represented tiny island nations

Hey FINA, why ban Russia and Belarus and not ban countries that criminalize the LGBTQ community? (in some cases even throw them off roofs).
Unless you´re assuming the swimmers themselfs got nothing to do with it so why punish them? (in that case why ban the russians/belarussians?).
We all know it´s just politics, photo op´s and being “political correct”, but at least try to be congruent with your actions.

Russia and Belarus attacked an independent country (and a member of FINA) UNPROVOKED.

Im simply pointing out FINA´s hipocrosy . These institutions corporations etc are all for humans rights and fighting for what´s right only when it suits them, but it´s all like i said, just for photo ops and making themselfs look good, if it wasn´t, they would stick with their beliefs every time regardless of profits/countries envolved etc.

At least bother to read the comment, i mentioned how the LGBTQ is treated in some countries as an EXAMPLE.Unless you re suggesting that being killed for your sexual orientation isn´t reason to suspend a country?
If they were actually honest about defending humans rights they would go after everyone that doesn´t respect human rights.
ALSO, some of this countries are… Read more »

Bans against Russia and Belarus is not about human rights.

Great point. FINA is filled with hypocrisy. They are not consistent with how they apply these bans.