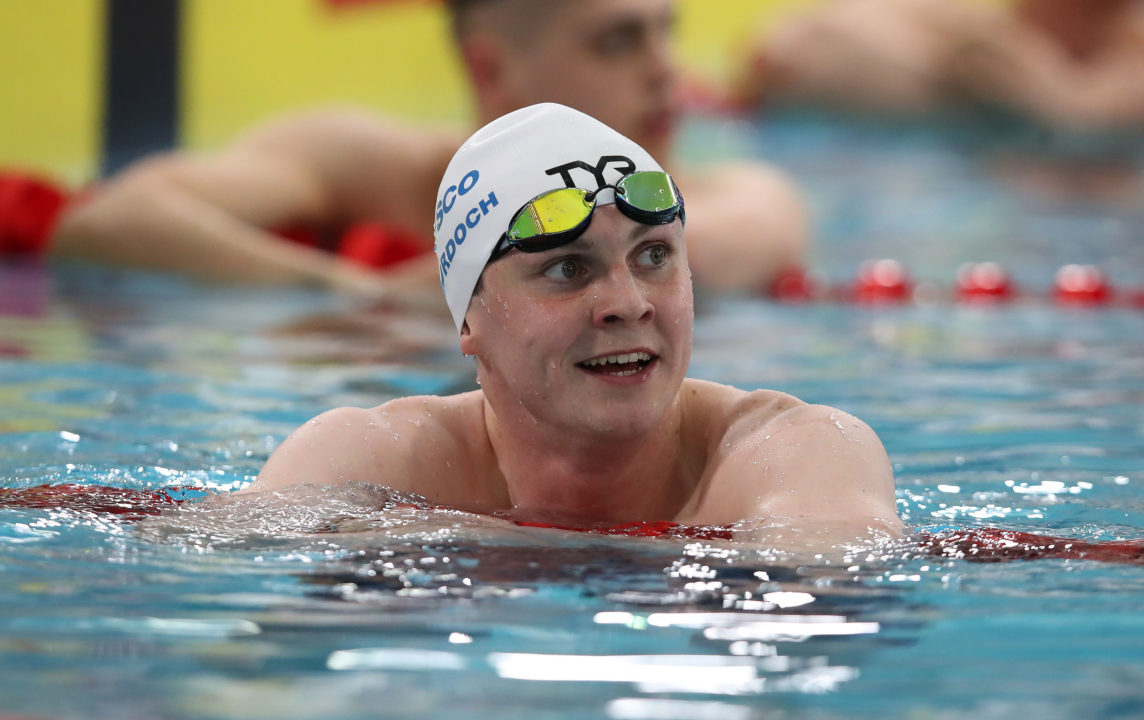 Scotland has revealed its 24-strong line-up of swimmers and Para swimmers for this summer's Commonwealth Games, including 2014 champion Ross Murdoch. Archive photo via Ian MacNicol for Scottish Swimming

Scotland has revealed its 24-strong line-up of swimmers and Para swimmers for this summer’s Commonwealth Games.

The nation’s most decorated Olympian of all time, Duncan Scott, leads the roster as a pre-selected athlete, while the likes of Ross Murdoch, Lucy Hope, Ross Murdoch, Mark Szaranek and Stephen Milne are headed to their third Commonwealth Games appearances.

Also named to the roster is Craig McNally, with the Scot bound for a 4th consecutive Commonwealth Games.

On the opposite end of the experience spectrum, 13 of the 24 swimmers are making their Games debut with 16-year-old Holly McGill representing the squad’s youngest member.

Elinor Middlemiss, Team Scotland Chef de Mission, said of the team, “We are delighted to welcome such a mix of experience and youth to Team Scotland with this exciting team of swimmers and divers.

“Aquatics is one of Scotland’s most successful Commonwealth Games sports and, with the new facility at Sandwell providing a great venue, I’m sure we can count on a fantastic atmosphere and tough competition in Birmingham.”

At the 2018 edition of the Commonwealth Games in the Gold Coast, Australia, the nation of Scotland finished 6th in the overall swimming medal table with 9 total medals. The sole gold came in the form of Scott’s podium-topping performance in the men’s 100m freestyle.

I don’t get how Scotland is allowed so many swimmers compared to England, when the population is 10 times smaller. I thought the number of allocated slots was proportionate to the country’s population.

Roster spots are allocated based on team size in the last two years. The roster spots are not country-specific, but rather countries can allocate those spots as they wish among the “open allocation” sports.

Scotland, for example, usually sends far, far fewer athletes in the athletics events than England. In 2018, it was 22 for Scotland vs. 85 for England.

Overall, Scotland will have a much smaller Games-wide roster than England. But allocations are not in direct proportion to a country’s population. If that were the case, countries like Scotland would hardly be able to send anyone: their population is about .3% of the population of India.

I see your point. A bit frustrating for English swimmers though who are faster than Scottish ones, beat them at Trials and yet they can’t represent their country in CWG because the team has a limited number of swimmers.

Not sure Duncan is Scotland’s most decorated Olympian. Chris Hoy has six gold medals

Cassie Wiild-Richards now, I assume she got married?

Wild probably won’t medal either, she’s not beating Mckeown or Masse in any Backstroke race, don’t see her beating Medi Harris in the 50 and 100 or Ruck in the 200.

Ruck is not going to Brum. She declared early on, Budapest only

Oh yeah forgot about that, Wild should be favourite for Bronze in the 200 Back then if she’s back near her euros form from last year.

As long as Scott recovers though he will take home quite a haul, so that will add to Scotland’s prospects…