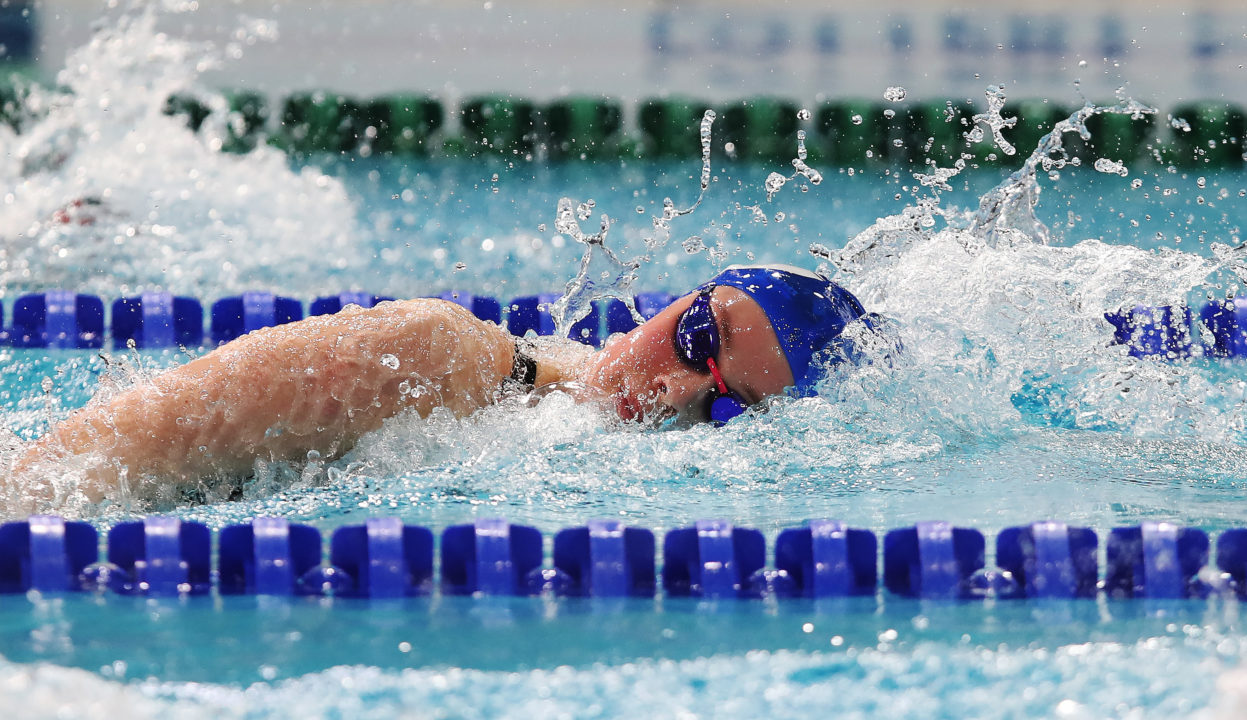 The British 15-year-old first took the 200m backstroke title for the age group category, powering her way to the wall in a time of 2:13.40. Splitting 1:06.20/1:07.20, Shanahan registered the 2nd fastest time of her career. Her lifetime quickest is represented by the 2:11.20 result she posted in Baku for EYOF gold.

Shanahan stayed in the spotlight in Geneva tonight with a gold in the 200m IM in her age category. The City of Glasgow swimmer put up a solid swim of 2:15.69 to take the younger set’s meet title. She took gold in this event, too, in Baku, where she scored gold in with a PB of 2:14.10.

British teammate Lily Booker of Millfield got it done for gold in the women’s open 50m breast, touching in 32.45 for a new personal best.

Ireland’s Eoin Corby also made some waves in the younger set, taking the age group category’s top prize in the 200m breast in 2:15.20.

The men’s open category saw Cayman Islands’ Brett Fraser get to the wall first, registering a time of 49.06. That was after the man notched a new meet record of 48.90 in the prelims, overtaking the previous meet standard of 49.18 set by Frenchman Mehdy Metella last year.

30-year-old Fraser has only been training less than a year after a 4-year hiatus to produce that result. He owns a personal best of 48.54 in the event.

Home nation swimmer Noe Ponti showed his dynamic range tonight, first grabbing gold in the 1500m freestyle. He produced a time of 15:44.99 which, along with Ireland’s Junior Record holder Daniel Wiffen (15:47.94), represented the only sub-16:00 efforts of the field.

Ponti doesn’t appear to have swum this event since 2016 when the teen put up a time of 16:29.94. The Swiss swimmer took 50m fly gold at the 2019 European Junior Championships, establishing a Swiss senior national record in the process.

Ponti indeed raced that discipline this evening as well, finishing .05 outside of gold in the 100m fly sprint. Splitting 25.83/28.25, Ponti fell just shy of Giacomo Carini‘s mark of 54.03, which rendered him tonight’s top finisher.

Erik Persson of Sweden manhandled the men’s open 200m breaststroke final, producing a quick 2:11.58. Although that’s well off his own personal best and Swedish national record of 2:07.85, his swim this evening was good enough to obliterate his own meet record of 2:15.28 established just this morning.

Shame that some of the juniors who are capable of competing with the seniors have to compete in junior finals. You would have thought it would do them much more benefit if they could compete against the best athletes at the meet.