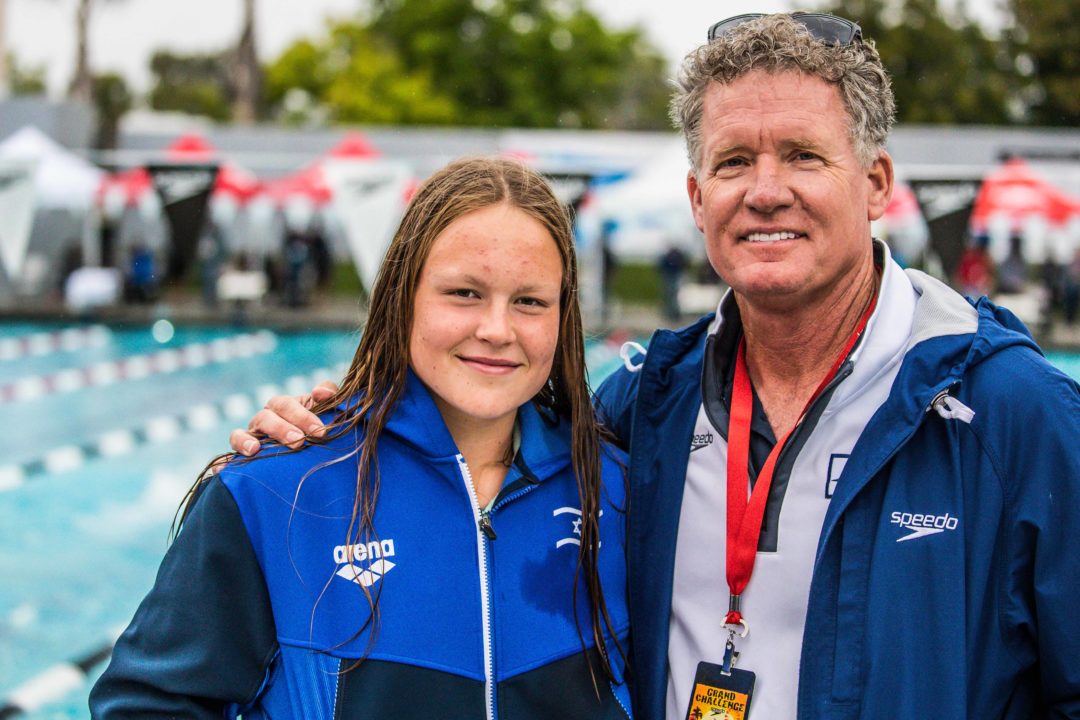 After setting the Israeli national record in the 200 IM on Friday with a time of 2:11.98, Anastasia Gorbenko broke another national mark in the 200 breast during tonight’s finals session in the 200 breaststroke. The 15-year-old clocked a 2:28.78 to win the event by over a second.

The former national record was a 2:29.03 set back in the summer of 2009 by Julia Banach. Gorbenko’s previous best time was a 2:29.17 from the semi-finals of the 2018 LEN European Junior Championships.

The World Junior Record in the 200 breaststroke is a 2:19.64 set by Turkey’s Viktoria Zeynep Gunes in 2015, which would require a substantial drop in time to achieve. However, the 200 IM world junior record is a 2:09.98 – achieved by Rikako Ikee in 2017 – which is only two seconds fastest than her lifetime best.

The world becomes very weird nowadays. The girl with very Russian name and with very Ukrainian last name trains at a very American site to set the record of the very Jewish Nation.

she is from an eastern european descent, like a few million Israeli Jews. Dave marsh is employed by the Israeli swimming federation as a consultant and therefore the top Israeli swimmers come to train with him occasionally. what is weird to you I don’t understand…

It’s not a place to explain in details that not long time ago this combination of “VERYs” was simply impossible. I don’t understand what you don’t understand about the story of eastern european descents.

Yuliya Efimova trained with Marsh for a few years before 2018.

Weird for sure, a person with a nickname yozhik is writing in English! Did porcupine ran out of Cyrillic letters, or it is not that weird any more?

She trains at the Wingate Center in Israel right now (Awesome Pool), but I’m not sure where she trained before that. I usually see her around the pool deck as I’m an American swimmer who’s temporarily in Israel because of work

0
0
Reply
someone you know well
Reply to  Justin Connors