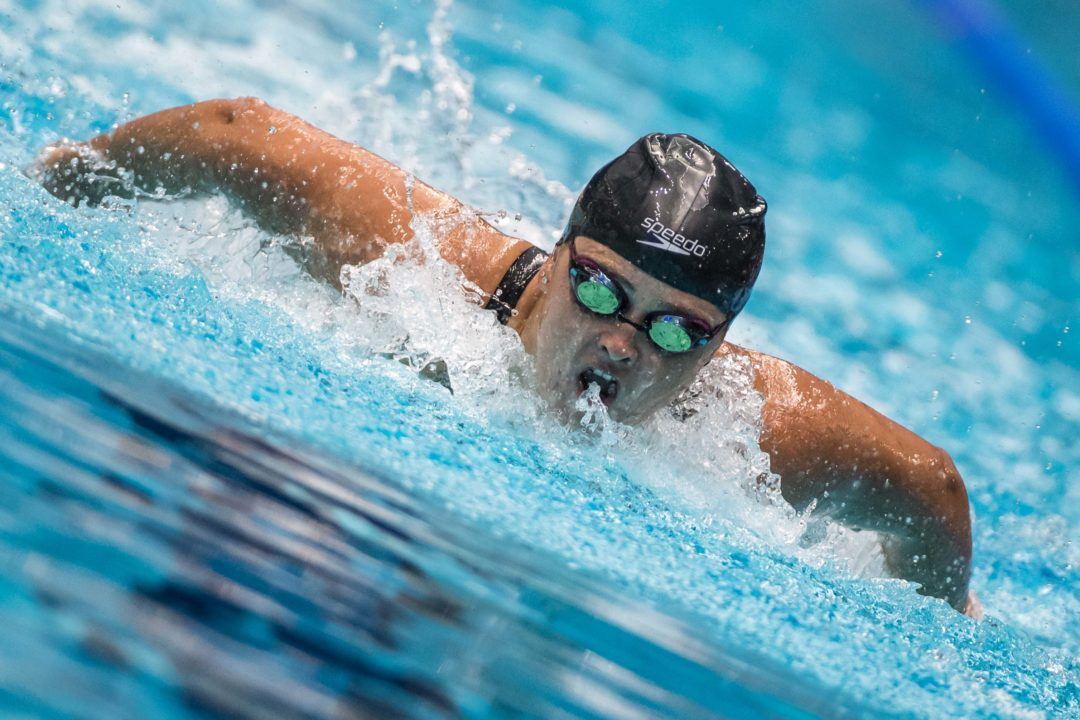 Cal's Katie McLaughlin won the 200 fly at the Speedo Grand Challenge with a 2:09.52, her first time swimming sub-2:10 since 2015. Stock photo via Mike Lewis/Ola Vista Photography

Continuing momentum off her 200 free at the Speedo Grand Challenge, US National Teamer Katie McLaughlin threw down her first sub-2:10 swim in the 200 fly in 4 years.

McLaughlin was on track after her high school career to flourish her freshman year at Cal, however, she suffered a neck injury during a training trip that cost her most of her season and, subsequently, a place at NCAAs as a freshman.

Her LCM swims are progressively catching up to her 2015 lifetime bests post-injury. At the 2018 US Nationals, McLaughlin was one of many athlete comebacks when she placed second in the 100 fly (57.51) behind Kelsi Dahlia to secure at spot on the Pan Pacs team. At Pan Pacs, McLaughlin was a member of the silver-medal winning 800 free relay, along with swimming Personal Bests in the 200 free (1:56.88) and 100 free (54.14).

McLaughlin will represent the US at the 2019 World Championships later this July, swimming the 100 fly.

Great swimming – your comeback from the injury continues in full swing. Go Katie!