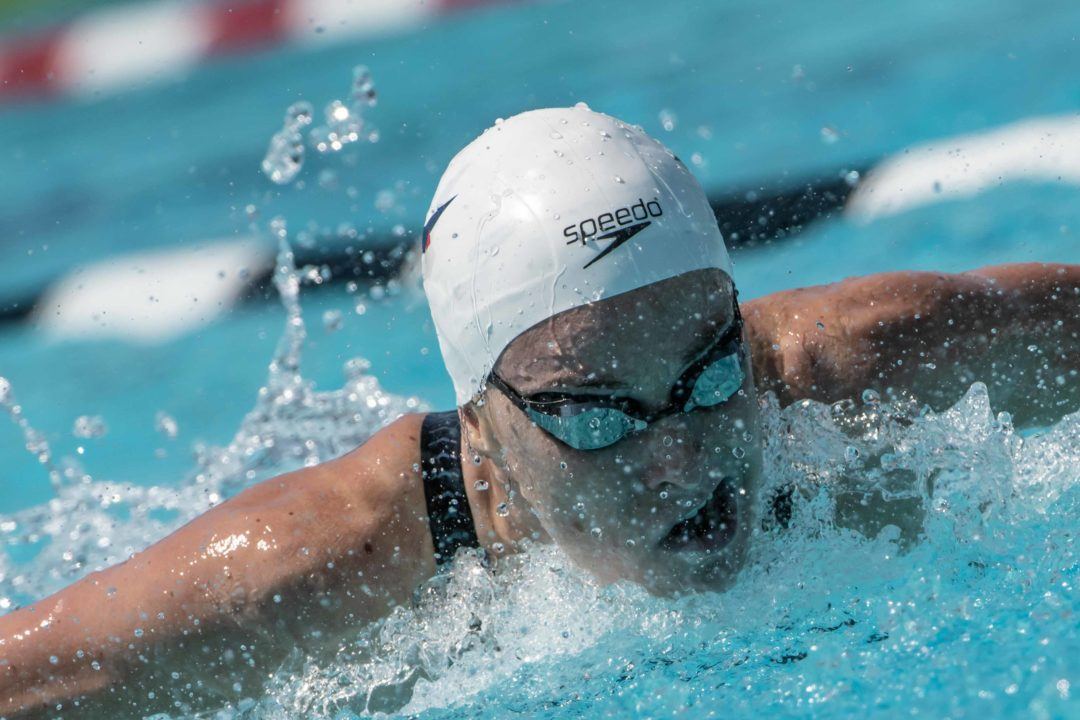 Kendyl Stewart swam a 58.16 in her 100 fly while Andrew Seliskar swam 53.00 during prelims of the NOVA Grand Challenge. Stock photo via Mike Lewis/Ola Vista Photography

Seliskar kicked it off with a 53.00 swim to lead the 100 fly super-final. His time is now his 7th-fastest swim ever, under a second off his PB of 52.24. Seliskar will be joined by Cal teammate Justin Lynch (53.27) and D2-stud Marius Kusch (53.31) in the super-final. German-native Kusch holds the 5th-fastest time in the world this year with a 51.35, which he swam at Richmond.

Ivey won’t be done after those two swims, as she has another super-final swim in the 200 back. Ivey touched in at 2:17.12, six seconds behind leader Dasha Ustinova (2:11.29). Ustinova just made the top 25 times in the world this year earlier at the Russian Nationals, putting up a 2:10.30.

Anyone know why Catie and Ali Deloof are on TE while Gabby remains at Michigan?

I think it might just have to do with formalities with USA Swimming Registration…a lot of time whatever team you are attached with just depends on who/when you submitted your USAS Membership renewal for the next year. So my guess would be that maybe Gabby had done it while she was still UMich.