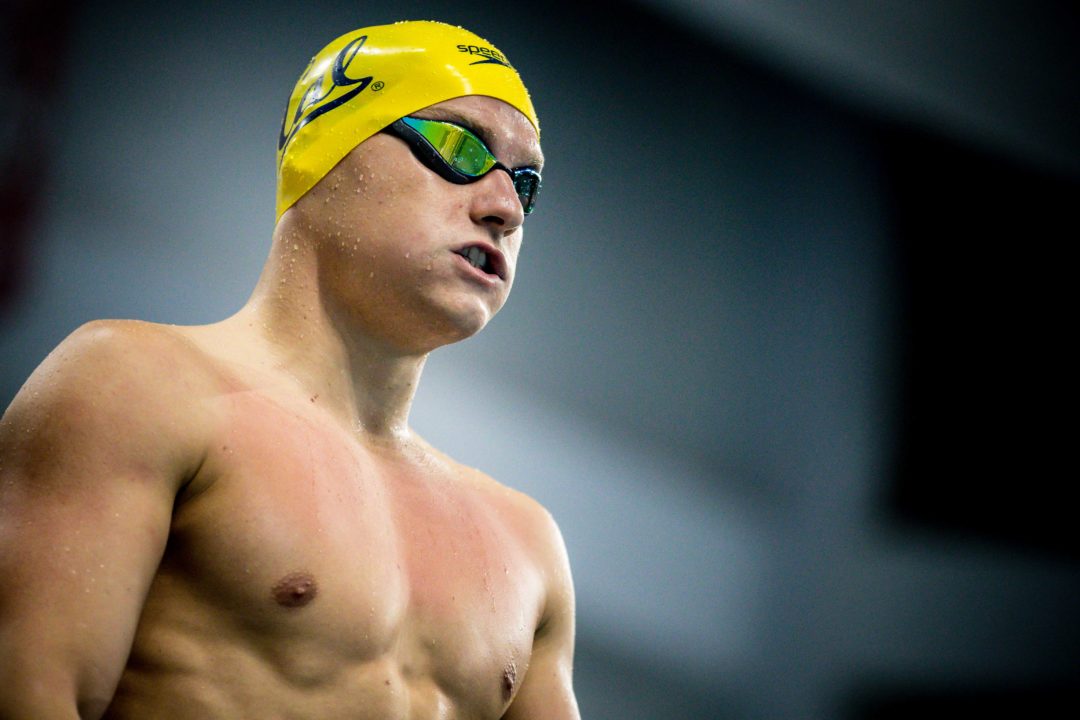 Meanwhile, Cal post-grad Andrew Seliskar put up some quick swims in the 200 free and 200 IM. These swims have placed Seliskar in the top 10 times in the US thus far and putting him on track for an even faster LCM championship season.

Seliskar’s first swim was the 200 free, where he dropped nearly 3 seconds off his prelims time to win the super-final with a 1:47.88. This is now the 5th-fastest time swam by an American this year. He is also now just 2 seconds off his 2018 taper times, when he swam four 1:45s during Nationals/Pan Pacs last summer.

A few events later, Seliskar just missed cracking the 2-minute barrier in the 200 IM. The NCAA champ dropped almost 4 seconds from prelims to win the super-final with a 2:00.91, now the 8th-fastest time swam by an American this season. At the 2018 Santa Clara PSS, Seliskar put up a 2:01.89/2:02.71 in the event, putting this evening’s swims ahead of his non-rested times last year.

Cal teammate Reece Whitley also flirted with a barrier-breaker in the 100 breast super-final, where he won with a 1:00.77. This is also Whitley’s first LCM meet of the season, and he put up his 6th-fastest performance ever in the event. Whitley’s time is now the 8th-fastest American time this season. The college rookie has yet to break a minute in this event, with his PB standing at 1:00.08 from the 2017 Junior World Championships.

Did Seli get his wisdom teeth pulled or something? What’s with the picture?