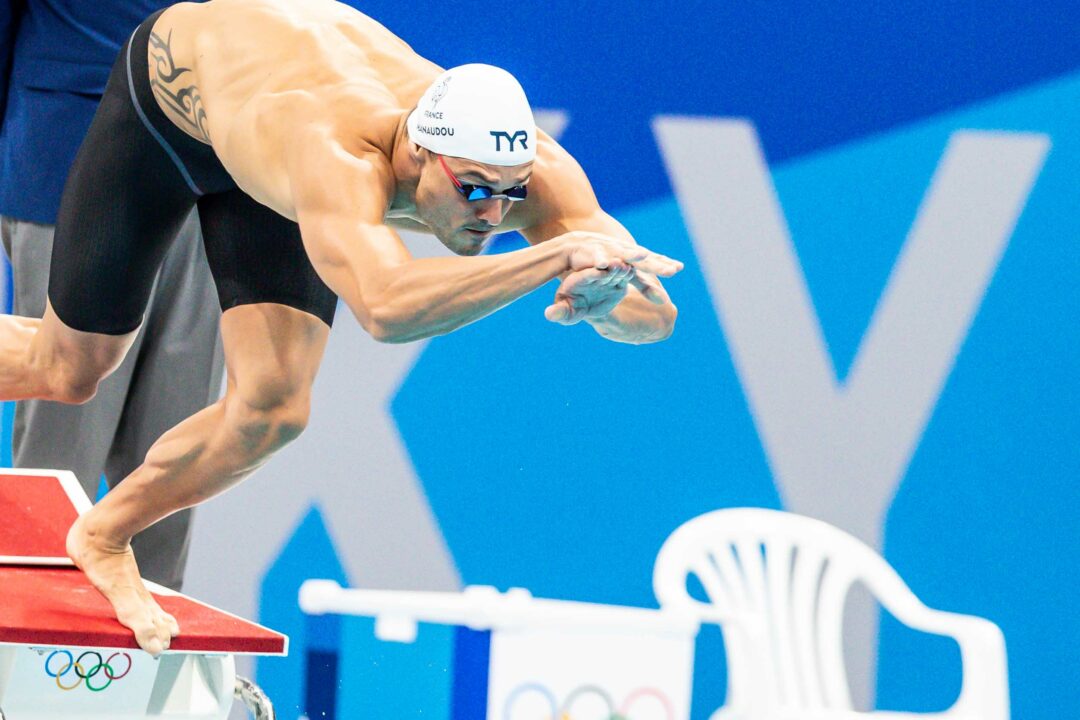 Florent Manaudou is among the 10 swimmers to qualify for the World Championships through two days of the French Elite Championships. Archive photo via Jack Spitser/Spitser Photography

Six swimmers secured their spot at the 2022 World Championships on Day 2 of the French Elite Championships in Limoges Métropole, bringing France’s roster up to 10 with four days still remaining for the competition.

The French Swimming Federation (FFN) takes up to five different meets into account when determining the World Championship team, with this week’s competition taking first priority. The French Elite Championships in December, the Tokyo 2020 Olympic Games and the two FFN Golden Tour meets earlier this year can also factor into qualification for Worlds (in that order).

On the opening day of competition, Cyrielle Duhamel‘s spot in the women’s 200 IM was confirmed, with her 2:10.84 swim from last summer’s Olympics putting her on the team for Budapest. (Duhamel won the event yesterday but missed the cut.)

Marie Wattel‘s spot in the women’s 100 fly was solidified (though she also missed the standard yesterday, but was well under in Tokyo), and Maxime Grousset and Florent Manaudou went 1-2 in the men’s 50 fly to qualify.

Day 2 proved to be more eventful, as Emma Terebo and Mary-Ambre Moluh got things off to an explosive start as they both neared the French Record in the women’s 100 back and went well under the qualifying time.

Analia Pigree, who clocked 59.88 at the French Elite Championships in December, was in line for qualification no matter her result here but was denied after Terebo (59.64) and Moluh (59.67) both hit big best times. Moluh, 16, also set a new French Age Record.

Yohann Ndoye Brouard and Mewen Tomac solidifed thier spots by going 1-2 in the men’s 100 back, and Hadrien Salvan won the men’s 200 free to join Jordan Pothain in the event in Budapest (Pothain qualifies with his Olympic time).

Note that this doesn’t include the seven open water swimmers France has qualified to compete in Budapest. They are as follows:

Am I correct in thinking that Leon Marchand is already qualified by holding the French national records in the 200 and 400 IMs? Both set within the last year?