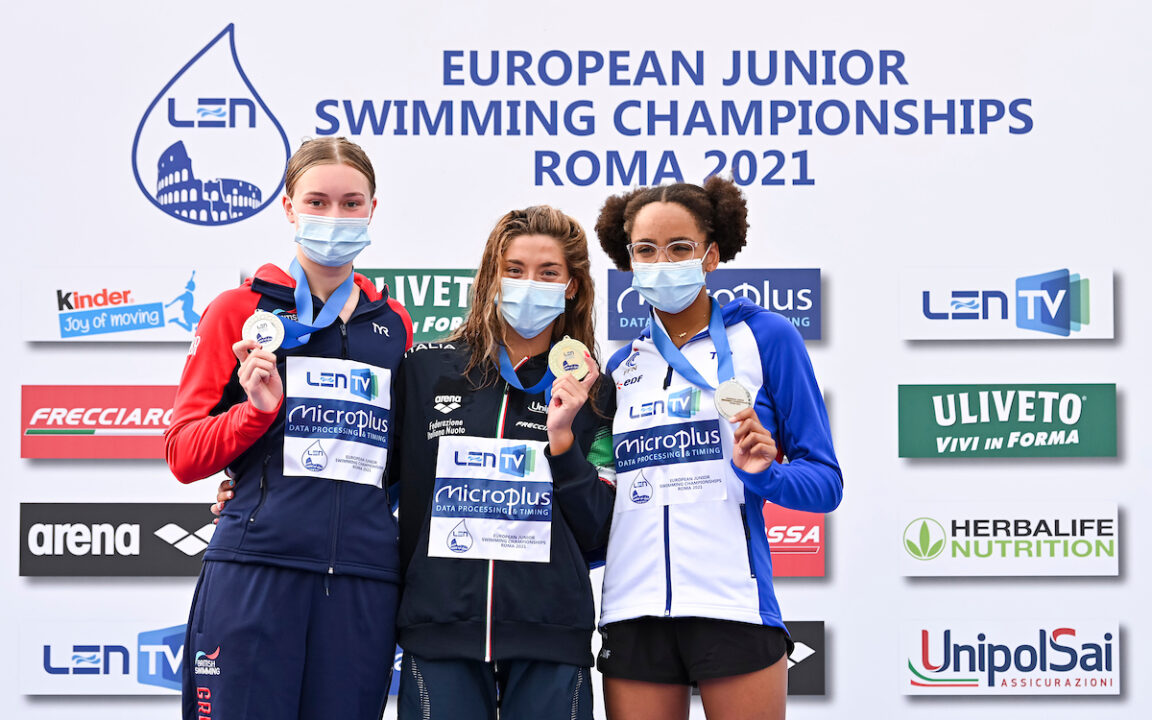 Emma Torebo and Mary Moluh (above right) are now the #2 and #3 women in French history, with both clearing the Worlds qualifying standard on Wednesday.

16-year old Mary-Ambre Moluh broke the French 17 & under records in the women’s 100 backstroke on Wednesday at the French Elite Championships. In the process, she became the second swimmer under the qualification standard in that event and has qualified for the World Championships.

The swim by Moluh smashed her own 17-year olds record of 1:00.04 set in January of this year. While she is 16 until September 9 of this year, France tracks their records by age at the end of the year rather than age of swim, meaning she’s no longer eligible for 16-year olds records.

Moluh now has 8 of the 9 fastest times by a French 17-year old in history, and that doesn’t even include the seven swims she did at 1:01.4 or better last year that would also join that list.

Moluh has represented France internationally at a handful of meets. Most recently that includes the World Short Course Championships in December, where she finished 15th in the 50 backstroke, and the 2021 European Junior Championships, where she earned a silver medal in the 100 back.

Terebo’s swim was a breakthrough as well. She had never been under 1:00 before, with a previous best of 1:00.31 from March of this year.

The pair now rank as the #2 and #3 all-time French women in the 100 backstroke, behind only the legendary Laure Manaudou.

The two are a group of just five French women to ever break a minute in this race. Another of that elite class raced in this meet: 21-year old Analia Pigree placed 4th in 1:01.22. Pigree was in position to qualify for Worlds with her 59.88 from December, but the swims by Terebo and Moluh bump her in that priority.