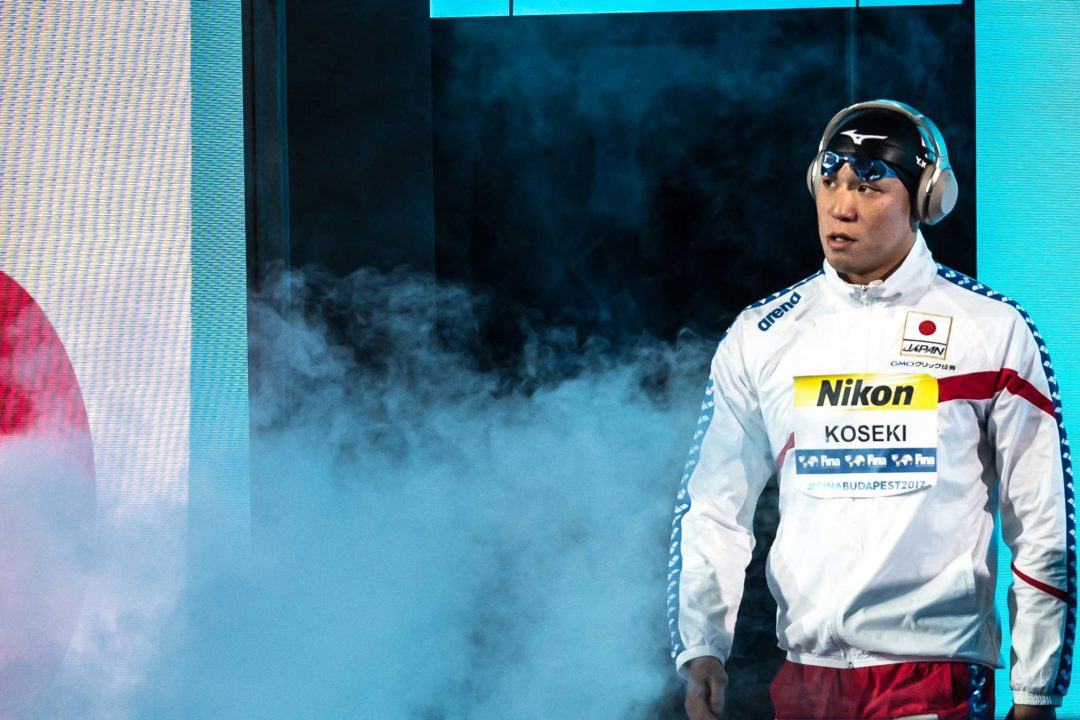 Yasuhiro Koseki took down his own Asian record in the men's 50 breast on day 3 in Budapest. Current photo via Mike Lewis/Ola Vista Photography

After tying the standards in prelims, Japan’s Yasuhiro Koseki broke his own Asian and Japanese national records in the men’s 50 breaststroke tonight in the semi-finals.

Tying his own mark of 27.21 in the heats, Koseki took the record down four one-hundredths tonight in a time of 27.17. Despite the record, Koseki misses a spot in the final by over two tenths, placing 11th.

The men’s 50 breast has seen incredible performances through the heats and semis, with records falling all over the place. Adam Peaty has now broken the world record twice, Cameron van der Burgh broke his African Record, and Joao Gomes Junior and Felipe Lima moved into 3rd and 4th all-time in the event. Additional national records have come from Russia’s Kirill Prigoda (twice), China’s Yan Zibei, Sweden’s Johannes Skagius, and the Netherlands’ Arno Kamminga.

Koseki’s performance here and in the 100 breast, where he was 4th, are good signs as he towards his best event, the 200 breast. He currently sits 2nd in the world this year at 2:07.18. Last summer in Rio, he led the Olympic final through 150m before finishing 5th.