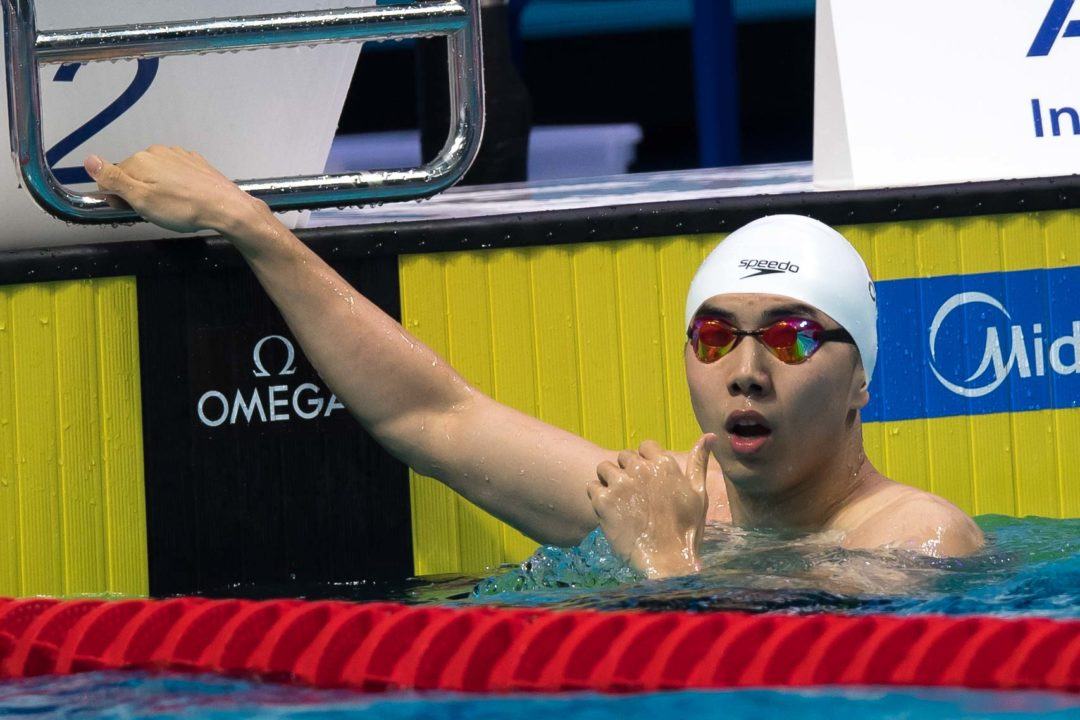 21-year-old Yan Zibei lowered his own Chinese record in the men’s 50 breast on day 3 at the FINA World Championships, putting up a time of 27.25. The swim takes nine one-hundredths off his previous best, 27.34, which he did at the Chinese National Championships earlier this year. That swim cracked the 2013 record of Gu Biaorong. Yan qualifies 12th for tonight’s semi-finals.

He also came within four one-hundredths of the Asian Record, which stands at 27.21. Yasuhiro Koseki, who holds the record, actually equalled that mark this morning as well. Koseki heads to the semi-finals in 10th.

Earlier in the competition Yan placed 7th in the 100 breast in a time of 59.42. Coming into the meet, he was ranked 3rd in the world in that event in another Chinese record of 58.92. He came close to that mark in the semi-finals in 59.15.

As the meet rolls along the 2016 Olympian will be a key member of the Chinese medley relays, both the men’s and the mixed, as both have legitimate medal hopes.

anyone know the name of the goggles zibei is wearing, they look sick.