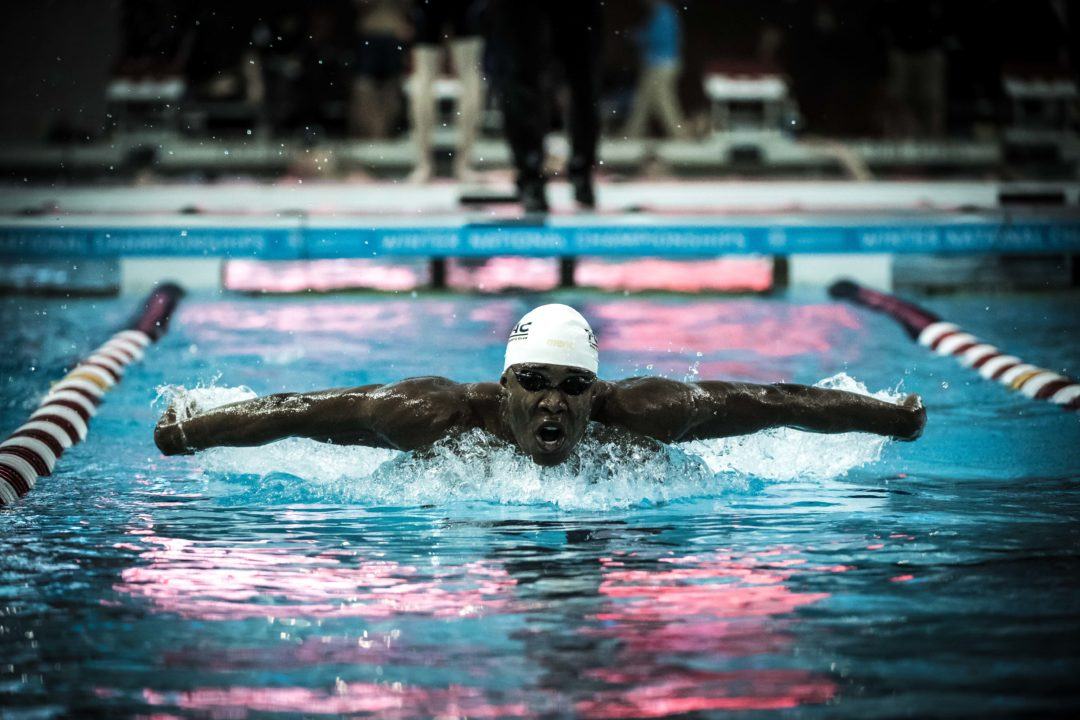 Whitley was the top seed in the event after putting up a lifetime best 3:44.71 in prelims and would have swum next to American Record holder Chase Kalisz in tonight's final. Current photo via Mike Lewis/Ola Vista Photography

The 2017 U.S. Winter Nationals continues tonight in Columbus, Ohio with finals of the 400 IM, 200 free, 100s of each stroke, and 4×50 free relay. Among the big scratches for day 3 finals was junior star Reece Whitley in the 400 IM. Whitley was the top seed in the event after putting up a lifetime best 3:44.71 and would have swum next to American Record holder Chase Kalisz in tonight’s final. Whitley will instead focus on the 100 breast later in the session, where he’s the 6th seed for finals.

Cal’s Ryan Murphy took on a double this morning, qualifying for the championship final of both the 200 free and 100 back. Tonight, however, he’ll only be swimming one of those events. Murphy has opted out of the 200 free, in which he was the 6th seed, to focus on the 100 back. Murphy is the 4th seed in the 100 back but should be significantly faster in the final after cruising through the morning heats.

500 free medalist Erica Sullivan was the biggest scratch on the women’s side. She was the 9th seed coming out of prelims of the 400 IM, but scratched the race and will instead focus on the 200 free. Sullivan is the 16th seed in that event tonight.

This The 400IM is one of the toughest races and in such a stacked field, with only hours between it and the 100 breast, I think this makes the most sense. The 100 breast is one of the most anticipated races at the Winter Nationals.

He should’ve​ cancelled​ the 100 yard breaststroke and go after the 400 IM American record.

Reese is an amazing swimmer, but I don’t see him dropping 11 seconds, yet.

I can’t imagine why

Hopefully a fast 100 breast is in store

Looked like he cruised it and probably hurt after the 400im, looking forward to seeing what he is able to do tonight