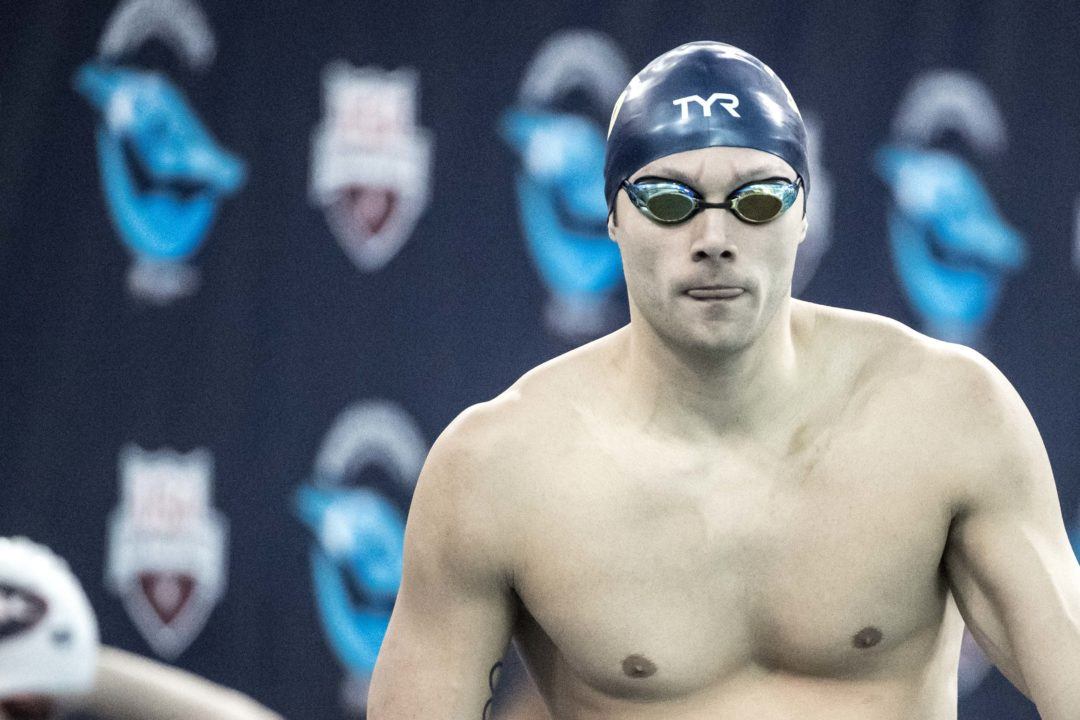 To say it’s been good here in Columbus, Ohio would be an understatement: fast swims, fun times, excellent hosts are…

American breaststroker Cody Miller swam two races at last weekend’s Winter National Championships in Columbus, Ohio. In the 100 breaststroke, he set a new Championship Record in prelims with a 51.04, and while he improved that to a 50.98 in finals, Nic Fink beat him to the wall and took the record in 50.80.

That’s what happened in the race. In Miller’s latest Vlog post, he takes us behind the scenes to see what happens before the race: the warmup. Miller walks us through his warmup, how he prepares for a meet. His overarching advice is to have a standardized warmup, so that when he shows up, he “doesn’t have to worry about what he’s going to do.” He says that his warmup is nothing special, and that everyone should find their own warmup – but that they should find one that works and won’t cause any stress when swimmers are preparing to race.

He also breaks down his racing at the meet, and calls his 100 breaststroke “sloppy.”

Check out the video below:

quick question Braden: do you know if the warm up he was describing was what he does right before his race or the warm up he does like in the morning before the session begins?

I think he was only racing one event per day at nat’s so it’s one warmup before his race morning and one at night. he’s not doing a general warmup and then a specific warmup here I believe

“I like to start by doing at least 3 dolphin kicks off each wall.”